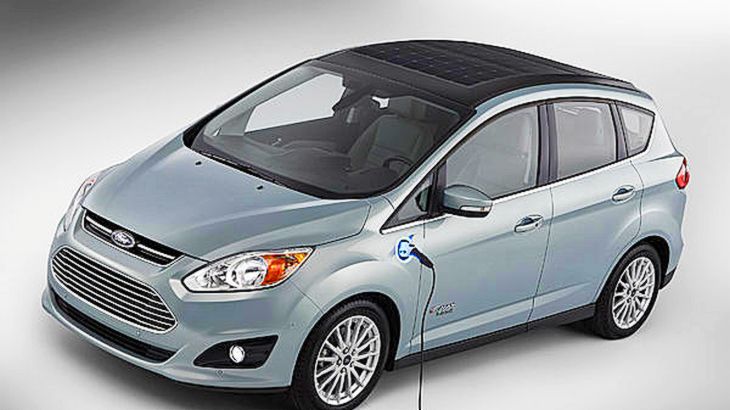 The new Concept C – Max Energi Solar launched by Ford uses solar panels on the roof and a powerful lens to run exclusively by sunlight . Although it will not be seen on the streets anytime soon, Ford C – Max Energi Solar released at the technological exhibition in Las Vegas , CES 2014 (Consumer Electronics Show), presents a near future car powered directly by energy from renewable sources.
At the same exhibition , Audi has come up with a new 4-liter hybrid model, Audi Sport quattro Laserlight, which consumes just 2.5 liters per 100 km and has an electric range of 50 km (no emissions ).
And Toyota has presented new details of its electric car project: it will have an adapter that could feed a household for a week, if needed.
Toyota and Audi have used solar panels to power the secondary equipment such as climate control, but Ford is the first important automaker that uses solar power to propel a car body from point A to point B.
The main problem that has hit producers has long been the focus of a sufficient power in solar panels on the roof of the car to match the power of a car based on traditional fuels.

World fifth largest automaker debuted at CES with a plug-in hybrid that combines a conventional petrol engine with solar panels on the roof and lens high power to charge the battery.
C – Max Energi is still under development and there are legitimate questions about cost, safety and power tool. However, the concept envisages a world independent of auto gas stations and electricity networks.
“For a developed country like the United States, not all networks are the same in terms of content of renewable energy, ” says Mike Tinskey, director of vehicle electrification and infrastructure at Ford , in an interview with csmonitor.com. “But certainly we have a renewable energy source of 100 % in this case.”

The C-Max Solar Energi uses 16 square feet of state-of-the-art, high-efficiency solar panels designed by SunPower, a solar energy firm in San Jose, Calif., but it still takes about a week of average sunlight to fully charge the battery. That’s not exactly ideal, so Ford collaborated with the Georgia Institute of Technology to develop a special solar concentrating lens to reduce the charging time.

The oversize Fresnel lens – like those used in lighthouses – rests on a stationary canopy above the car when parked, funneling sunlight onto the photovoltaic cells. To maximize the effect, the car is programmed to automatically inch backward or forward throughout the day, tracking the sun as it moves through the sky. That eliminates the need for wiring expensive electric charging infrastructure. With the lens, Ford estimates it takes the car about six or seven hours to charge in an average US city’s sunlight. It can also be plugged in like a conventional plug-in to charge at night or when there’s not enough sun.

On a full charge, the C-Max Solar Energi will go 21 electric-only miles. That may not seem like a lot, but most trips for most drivers are quick trips to work or the grocery store. Ford estimates the electric range could cover 75 percent of all trips made by an average driver. For all other trips, the car has a gas engine that extends its range up to 620 miles.

“Essentially, they are electric vehicles, and then they turn into hybrids when you want to go further than 21 miles,” Mr. Tinskey says.

Electric carmakers have a hard enough time getting drivers to embrace charging stations, so it’s hard to imagine US consumers eager to put a giant magnifying glass in their backyard or an office parking lot. Ford also has to ensure there’s no possibility of a passerby accidentally wandering into the path of super-concentrated sunbeams.

Solar-powered cars are more attractive for communities without any access to an electrical grid, but there’s still the cost issue. Ford hasn’t put a price tag on the C-Max Solar Energi yet, but it’s safe to say that the state-of-the-art, super-efficient solar panels on the roof add a significant premium.

“It’s a great idea, and probably has some limited applications,” says John O’dell, senior editor at Edmunds.com, in a telephone interview. “But I don’t see it as a sweeping, new, big idea in how we power our vehicles.”

For now, petroleum dominates transportation, the second-most energy intensive sector in the US, behind electric power. In 2012, petroleum made up 93 percent of the 26.6 quadrillion BTU of energy consumed by US vehicles.

As solar continues to get cheaper and more efficient, that could change. They may not power every part of a car all of the time, but rooftop photovoltaics might one day come standard with your new car purchase.

“Integrated solar panels could be another circumstance that in 10 or 20 years you’d wonder why anyone would build a car without solar panels on the roof,” Mr. Brauer says.

Also at CES 2014 Audi presented the Sport quattro Laserlight, which features a hybrid powertrain version of the plug -in, a new user interface and laser lights.
“This new technology demonstrates progress through several levels … With the e-tron technology we have 515 kW/690 hp but with a consumption of just 2.5 litres/100 km, while the laser lights leave behind all the previous systems , and a new display and operating system performance leading electronic“, said Ulrich Hackenberg, head of Audi AG. 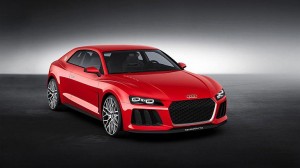 The plug-in hybrid powertrain develops 515 kW/700 HP and a torque of 800 Nm. Power is transmitted through a modified tiptronic gear box with 8 steps, to the quattro system with sport differential on the rear axle. But the car has an average fuel consumption of just 2.5 litres/100 km, the equivalent of emissions of just 59 g/ km of CO2. The powertrain consists of a 4.0 liter V8 bi-turbo injection TFSI producing 412 kW/560 hp and 700 Nm , with an electric motor of 110 kW and 400 Nm , powered by a Li-Ion battery of 14,1 kWh. In the 100% electric mode, the vehicle can travel up to 50 km without emissions.
The Laserlight Audi Sport quattro concept accelerates from 0-100 km/ h in 3.7 seconds and can reach a top speed of 305 km/ h.

Toyota : car fuel cell that can power a house

Toyota Motor Corp. unveiled at CES all new details about its fuel cell car, including plans for an adapter that allows the car to power a house.
The manufacturer has chosen the event to showcase hi- tech prototype four-seater that looks like a futuristic Prius, notes the LA Times.
A fully loaded vehicle will be able to provide enough energy to power a house for a week in an emergency, said Toyota. Engineers are currently working on an adapter that will connect the car to the grid of the house.
Toyota plans to sell the car in the United States starting next year. 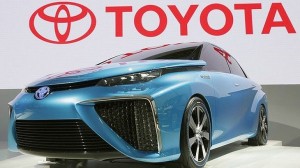 “Electric vehicles with fuel cells will be present earlier than many people think, and in a number much higher than anyone expected,” said Bob Carter, vice president of Toyota’s U.S. sales.
Toyota (Photo : Shizuo Kambayashi / Associated Press) is not the only Asian manufacturer which focuses on boosting trade with fuel cell vehicles. Hyundai will offer a model this year and Honda has plans for similar launches next year.
Fuel cells use hydrogen to create electricity and most global carmakers think is the best way to build zero-emission vehicles, now increasingly demanded by the authorities , especially in the USA.
But not all are convinced of this technology.

At the Los Angeles Auto Show, late last year, former CEO of Volkswagen America, Jonathon Browning said the company chose to produce a Golf hatchback powered by batteries rather be presented at the exhibition only, instead of being used to scale due to a simple reason: “Most people know where to find an outlet,” he said. “Not many people know where to find a hydrogen filling station.”
“Hydrogen has still a long way to mass commercial vehicles,” said Browning.

However, stringent environmental regulations in California require that 15% of new cars sold in the state by 2025 to be zero-emission vehicles. Nine other U.S. states have adopted the same sales goals, with target to have 3.3 million zero-emission vehicles on the roads by 2025.
The Toyota will have 100 kilowatts of power, roughly equal to 134 HP, as a Prius. Acceleration will be performed from zero to 100 km/h in for about 10 seconds and it will have a range of 300 miles (480 km).
Meanwhile, Hyundai will offer a hydrogen version of the Tucson SUV, which will be built at the same assembly line in South Korea.
Honda will launch an advanced version of Clarity based on cells that were already tested in California for many years. Like the Toyota, it is expected that a hydrogen Honda on is present in showrooms next year.
For now though, the biggest problem is constituted by the low number of filling stations.