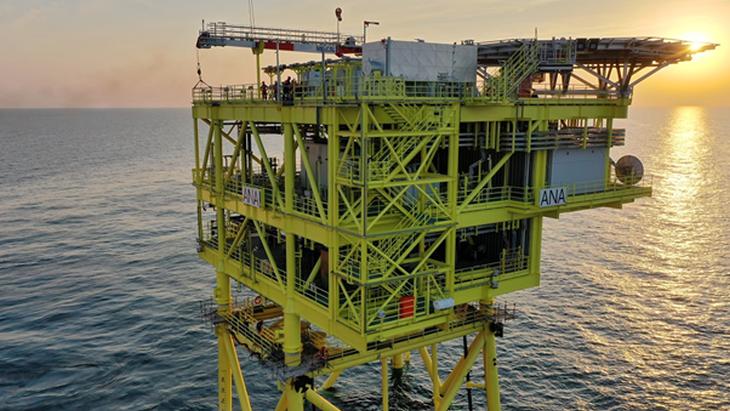 Black Sea Oil & Gas SA (BSOG), together with its concession partners, Petro Ventures Resources and Gas Plus Dacia, started on Wednesday afternoon the production of gas at the Midia Natural Gas Development Project (MGD), injecting the first gas into the National Transport System.

The MGD project is the first new natural gas development project in the Romanian continental shelf of the Black Sea in the last 30 years and the only project in development currently underway. It consists of five production wells (one submarine well at the Doina field and four production wells at the Ana field), a production platform monitored and operated from the shore, located on the Ana field and a 126 km submarine pipeline that provides gas transport to the new gas treatment plant in Corbu commune, Constanţa county. The treated gases are delivered in the NTS to the gas measuring station inside the GTS.

“It was a long and challenging road to finally reach this important moment for the country. The MGD project marked a series of awards for Romania, all made during a pandemic and, more recently, a conflict in Ukraine threatening operations in the Black Sea. The result of all these efforts is that the MGD Project provides not only 10% of Romania’s gas demand, but also paves the way, perhaps even using our project infrastructure, for other development projects on the continental shelf of the Black Sea. This project also launches a series of green energy development initiatives, making MGD an integrated energy transition infrastructure,” said Mark Beacom, BSOG CEO.

The National Energy Regulatory Authority (ANRE) announced on Wednesday that it has granted the license for Black Sea Oil & Gas, Gaz Plus Dacia and Petro Ventures Resources to carry out the operation of the upstream supply pipelines related to the natural gas production activity for the perimeters Pelican and Midia in the Black Sea.

BSOG, owned by Carlyle International Energy Partners and the European Bank for Reconstruction and Development, is an independent energy company based in Romania that conducts natural gas development operations.

previousRussian companies in Romania can only operate under state supervision
nextNiculescu: We are working at the offshore wind energy law