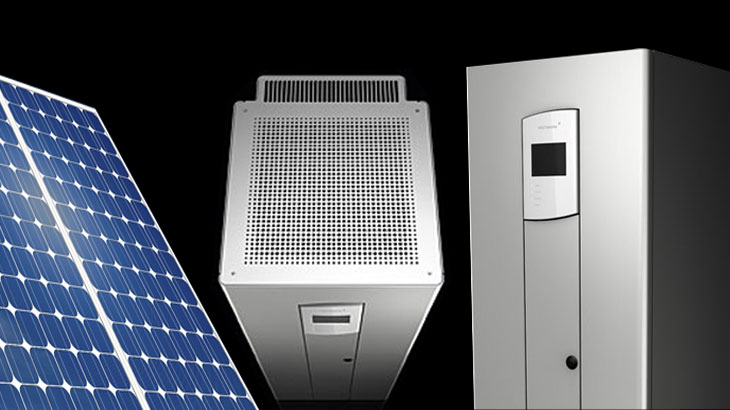 Consumers and homeowners can now get their hands on a home solar power and battery system, thanks to Bosch. Called the BPT-S 5 Hybrid, the integrated solar supply system has everything- an inverter, Saft lithium-ion batteries and energy management system. In total, the system provides an easy way of storing PV power that can be plugged into a home or grid in much the same way as a generator. Initially produced in 2012, this is the first time Bosch has made the unit commercially available—though currently only to buyers in Germany.

This system was launched in 2012, but has now been fully commercialized. It is now being sold in Germany’s residential photovoltaic (PV) market.

The BPT-S 5 Hybrid is a fully integrated system, and in terms of quality, safety and efficiency the industry benchmark

The design enables you to circumvent some of the installation tasks, such wiring of the batteries, charge controller, and inverter. A unit like this can simply be plugged into the house or grid as a gasoline-powered generator would be.

“Bosch Power Tec is a pioneer in the field of development of PV storage solutions. The BPT-S 5 Hybrid is a fully integrated system, and in terms of quality, safety and efficiency the industry benchmark”, says Dr. Andreas Stratmann, General Manager of Bosch Power Tec GmbH.

“Now, with this very important product for Bosch, we are building on the Sol-ion foundation as Saft Li-ion batteries are truly making the transition into the commercial arena”, says François Bouchon, Director of Energy Storage at Saft. 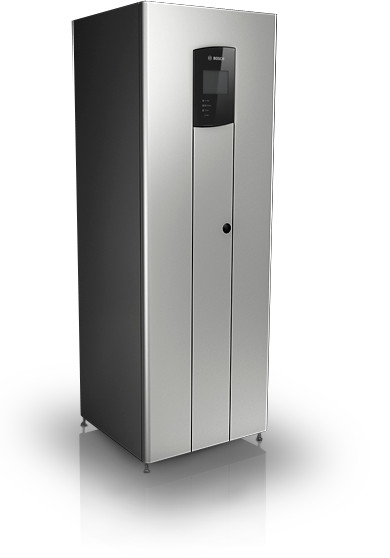 The BPT-S 5 Hybrid is equipped with an integrated 5 kilowatt inverter to work best with a solar system of around 5 kilowatts in capacity, which is the average on a private German house.

In grid-networked systems, in the case of a power failure, the storage system automatically separates itself from the grid via a protection which is installed in the building connection box. After ten seconds the storage system then switches to emergency power mode. The phase that was previously selected continues to be supplied.

The BPT-S 5 Hybrid requires roughly the space of a refrigerator: Dimensions (W x H x D) 597 x 1693 x 706 mm. The room volume must be at least 8 m³. An air exchange rate of 1.5/h is to be upheld with passive and active ventilation. A room volume of more than 25 m³ does not require any special ventilation measures.

How much does it cost

The prices are not available on Bosch Solar Storage site. These information is only available at the resellers offices.