Bosch announces an increase in sales and investments in Romania 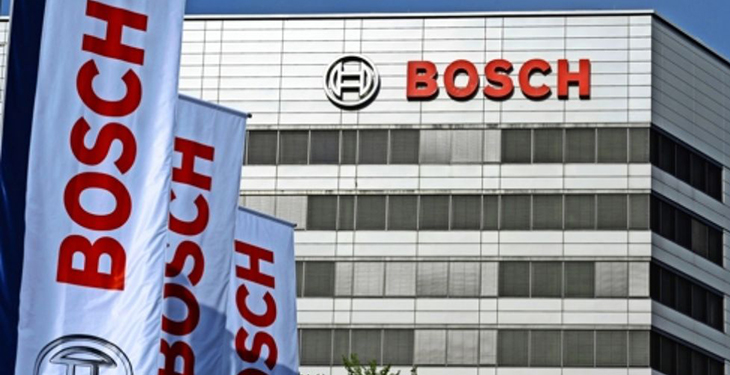 Bosch, the global leader in the provision of technologies and services, ended fiscal year 2021 with 2.4 billion lei (494 million euros) in consolidated sales in Romania, thus registering an increase of approximately 10 percent compared to last year. Total net sales of 8.2 billion lei (1.7 billion euros) in Romania, including sales of unconsolidated companies and domestic deliveries to affiliated companies, recorded an annual increase of 19 percent.

“In 2021, the Bosch Group in Romania achieved a very good performance, with a double-digit increase in all business sectors, despite the difficult environment related to the coronavirus pandemic, semiconductor supply bottlenecks and higher material costs prime,” said Mihai Boldijar, general manager of Robert Bosch S.R.L. and representative of the Bosch Group in Romania.

“The increase in sales in 2021 was mainly due to the expansion of our long-term operations and investments in production, research and development and also in services, following a strategy focused on technology, sustainability and innovation. This successful result of the financial year 2021 was possible due to the extraordinary commitment and resilience of our employees,” added Boldijar.

Bosch in Romania had a good start in 2022, with a slight increase compared to the previous year. For the current year, the company intends to further strengthen its strategic position in the country, especially in the field of research and development activities. However, Bosch has a modest forecast for the country for 2022 due to the considerable uncertainties caused by the global coronavirus pandemic and the war in Ukraine.

“Although, due to the current situation, we expect a challenging year in Romania as well, we remain dedicated to the local market and its long-term potential,” Boldijar continued.

The number of employees in the five Bosch locations in Romania was approximately 8,800 as of December 31, 2021, increasing by 7.7 percent compared to the previous year.

Romania is a strategically important location for the Bosch Group, which invested a total of approximately 410 million lei (approximately 83 million euros) in the country in 2021 – mainly to continue the development of its production units for Solutions mobility in Cluj and Blaj. In total, the company invested approximately 700 million euros in Romania between 2005 and 2021.

Bosch is actively concerned with improving the energy efficiency of its factories and office buildings. In addition to using energy consumption monitoring solutions, purchasing electricity from renewable sources and replacing existing lighting fixtures with LED technology, production units in Blaj and Cluj have begun to produce their own green energy by installing photovoltaic panels.

In 2021, the Blaj factory became the first Bosch location in Romania to install photovoltaic panels on the roofs of its buildings, following an investment of over 200,000 euros. The energy generated is the equivalent of energy consumption for almost 200 average households. In addition, the Bosch factory in Cluj began installing photovoltaic panels on the roofs of its production halls at the end of last year.

The average annual green energy generated by this system is of 8,252 MWh and covers the annual energy consumption of about 4,000 households. The total investment amounts to over 5 million euros, and the project is among the largest in the country, given the power installed on the roof. Moreover, the company encourages the transition to electromobility, by installing charging stations for electric vehicles in its production locations in Romania.