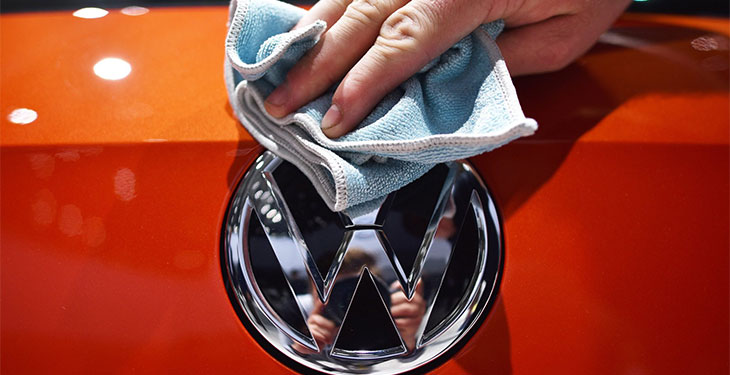 In Germany, the birthplace of the automobile, three iconic carmakers, BMW, Daimler, and VW, are facing the greatest challenge in their history: The mobility revolution to create a green transport future. Tarnished by the scandal over the manipulation of emission tests by Europe’s largest car producer VW – and facing new and powerful competitors in Google, Tesla, Apple, and Uber – the future of Germany’s horsepower proud carmakers in an age of decarbonisation, self-driving vehicles, and car sharing is less certain than ever. But experts warn it is far too early to write off the powerhouses of auto innovation in the global race to master the future of mobility, according to cleanenergywire.org.

If one product symbolises Germany’s post-Second World War rise to being an economic powerhouse, as well as its current export prowess, it is a luxury car made by Mercedes-Benz, BMW, Porsche, or Audi. Vehicles ‘Made in Germany’ are considered hallmarks of reliability and quality across the world. The fate of the car industry in Germany – a nation which prides itself on having invented the automobile, and still resists speed limits on its Autobahns – is often seen as a barometer of the entire country’s economic health.

But the VW emission scandal – dubbed ‘Dieselgate’ – has dealt a heavy blow to German carmakers’ claim to global technological leadership. The timing could not have been worse. Companies are facing a perfect storm created by the ‘mobility megatrends’ of electric engines, autopilot vehicles and carsharing. “I wonder who would place a bet that the German car industry will emerge as a winner from the pending structural changes? Currently it is an open race and the carmakers are increasingly aware of what is at stake,” says Christian Hochfeld, head of new mobility think tank Agora Verkehrswende*. He adds: “The emissions scandal is a worst-case scenario for the global trust in carmakers – in the meantime not only limited to Germany.”

The row has brought into sharp focus the question: “To what extent are German carmakers still welded to the conventional engine?” It remains a business model which earns the companies phenomenal profits – but faces extinction in the coming decades if the transport sector is to become fossil-free. The Paris Climate Agreement leaves no room for doubt: Germany will have to cut its emissions to virtually zero in the coming decades in order to keep its commitment to fighting global warming. The cuts must take place in every sector, including transport – where emissions have remained largely constant for 25 years.

It is not surprising that Dieselgate has led to a growing chorus of warnings from industry insiders, mobility experts, and politicians alike, that many car managers have been asleep at the wheel and need to wake up to the challenges ahead.

But the crisis has also been a loud wake-up call for German auto manufacturers. BMW, Daimler and VW have now vowed to fight and defend their global leadership position against powerful new competitors such as Google, Apple, Tesla, and Uber. Germany’s shift to a greener future – the Energiewende – has already wreaked havoc in the energy industry, where old utilities were too slow to adapt to rapidly rising renewable power generation. Companies such as E.ON and RWE put their own survival at stake by resisting change instead of embracing it.

The fate of the utilities should serve as a warning to carmakers as the Energiewende reaches the transport sector. Given the car sector’s enormous size, much more is at stake for the whole country. The auto industry is a true giant of the German economy: Its 1,300 companies employ more than 800,000 people, according to official statistics. In terms of turnover, it is the largest manufacturing sector, clocking in sales of more than 400 billion euros in 2015.

previousRomania and Serbia near completion of the 400 kV transmission line between Resita and Pancevo
nextElectrica has a new board, buys from FP minority stakes