Alro reported a net loss, due to energy taxation and low aluminum price 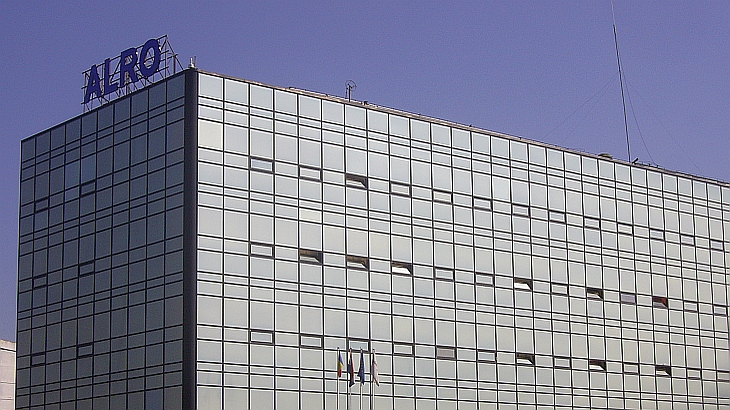 Alro, one of the largest aluminium producers in Central and Eastern Europe, announces today its financial results, prepared in accordance with the InternationalFinancial ReportingStandards (IFRS),for three months ended on 31 March 2014.

“While our overall results continued to be impacted by external factors, beyond our control, we managed to maintain our market position and to further invest in the Company’s efficiency”, said Marian Nastase, President of Alro’s Board of Directors.

”The high energy costs, determined mainly by the eco-taxes and the low aluminium prices on the London Metal Exchange had a significant impact on theCompany’s net result. In order to offset the energy consumption tax costs, we continued and we will continue to pursue our long-term strategy, focused on increasing the output of higher value-added products. This strategy allowed us to counteract the unfavorable and fragile aluminium market.Moreover, we are confident that it will allow us to take advantage of any opportunities that arise once the aluminium market recovers.”

During the first quarter of 2014, Alro continued to focus on supplying high value-added products, increasing its processed aluminium production to 20,100 tonnes, from 18,800tonnes in Q1 2013. Moreover, in March 2014 the Company reported a production record of 7,500 tonnes of processed aluminium products, the highest level reported until now, which represents the result of the Company’s aim of increasing its operations efficiency and the production of highly processed products.

The sales increased, accordingly, with primary aluminium up by approximately 6%, compared to the similar period of last year and with the processed aluminium up by 14%, compared to Q1 2013. However, the average aluminium price on the London Metal Exchange, which decreased to 1,708 USD/tonne in Q1 2014from 2,003 USD/tonne in Q1 2013, offset the positive impact generated by the higher level of sales reported by the Company during Q1 2014.

Furthermore, the Company’s costs continued to increase in Q1 2014 and the level reported was by RON 31 million higher, compared to Q1 2013, mainly due to increased expenses with raw materials, including the overcompensation scheme of the renewable energy sector. Thus, the estimated annual quota for green certificates for 2014 increased to 0.237for each MWh, from 0.210green certificates for each MWh in Q1 2013.

Alro is confident that effects of the overcompensation scheme for renewable energy sector on the major industrial consumerswill be diminishedfollowing the adoption by the European Commission of the new Guidelines on State aid for environmental protection and energy 2014-2020. Based on these guidelines, the energy-intensive companies might begranted an exemption from the green certificates charges.

However, the Company, in order to mitigate the significant increase of the energy costs took all the necessary measures to increase its energy efficiency and managed toachieve some of the highest levels in this respect for the aluminium industry. Over the past 10 years, due to investments of USD 100 million in environmentalrelated projects, Alro succeeded to reduce its electricity consumption to a record level for this industry, specifically in the Processed Aluminium Division, where between 2004 and 2013, the energy consumption decreased three times. Furthermore, by commissioning a recycling facility for the aluminium scrap, at the end of 2013, the Company managed to achieve a 95% energy reduction, compared to the electrolytic process.

*Adjusted Net Result: Company’s net result minus non-current assets impairment, plus/ minus the loss/ profit from derivative financial instruments that do not qualify for hedge accounting, plus/ minus deferred tax