Acasă » Thermo » Cogeneration » Alexandru Teodorescu, Renovatio: At the end of 2022 we will have 30 charging points of 150kW installed in Romania

Alexandru Teodorescu, Renovatio: At the end of 2022 we will have 30 charging points of 150kW installed in Romania 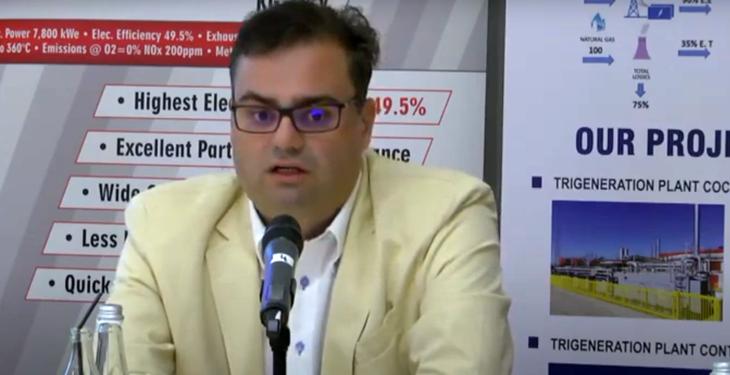 Electric mobility is one of the main directions of development for Renovatio group, which currently has about 300 e-charging points in all major cities but also on important local transport corridors. Since 2017, Renovatio has installed, using European funds, about 53 fast charging stations of 50 kW and three ultra-fast stations, of over 150 kW. The first such station was installed last year in Târgu Mureș, and currently the second 150 kW station is being built in Pitești, two other 350 kW stations being in the authorization phase, and will be installed this year in Bucharest and Sibiu.

“We have been active for almost 15 years in the field of renewable energies, starting with the development and construction of wind and photovoltaic parks, asset management, operation, service, maintenance”, said Alexandru Teodorescu, CEO Renovatio, during the “Digitalization and Energy Efficiency – Timisoara” conference, organized by Energynomics.

“Since last week we have been partners with Verbund in another project financed with European funds, a fast corridor that involves the installation in 20 locations, based on the partnership with OMV Petrom, of ultra-fast charging stations of 150 or 350 kW, depending on the local grid power. By the end of 2022, in Romania, we believe that we will have more than 30 over 150 kW e-charging points. We will not ignore the urban environment, where we will open new points, and we will also modernize the existing stations to 75-150 kW. We also work with partners in the public area to identify solutions for residential areas”.

Renovatio have also acquired the former Borzești thermal power plant two years ago. “We want to transform it into a green energy hub, planning both the refurbishment and bringing it to current environmental standards, but also the development of new technologies, the most important being the production of green hydrogen,” added Alexandru Teodorescu.

The electrolyzer will be connected to two renewable energy sources – a photovoltaic park and a wind farm that will be developed in the area. “The solution from Borzești will allow us both to maximize the production of green hydrogen in the electrolyzer, using locally produced energy as it is generated, but also to capitalize on excess energy, when production will be greater than the absorption capacity of the electrolyzer,” he explained. “Green hydrogen is already on the radar of many players in Romania and in the international market. The EC is considering programs and funding directions for hydrogen production. We intend for most of the production to be used for mobility. In this sense, in addition to current developments, which have involved charging stations for electric cars, we want to expand the offer of alternative fuels to the whole spectrum: the construction of service stations in Romania containing charging hubs – 5-15 fast charging points – 150 to 300 kW, but also alternative fuels – CNG, green hydrogen “, added Teodorescu.