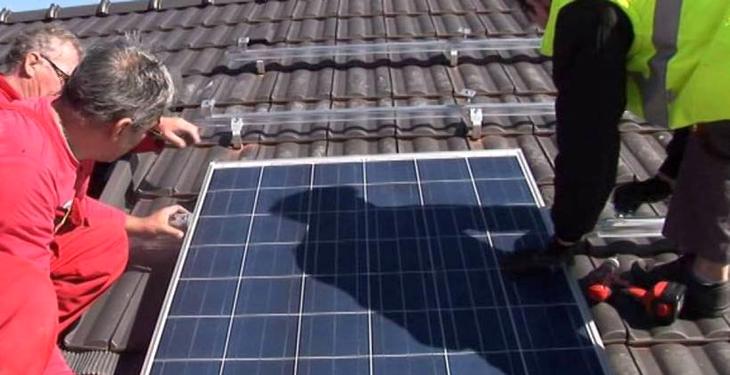 Three years after its launch, the Green House – Photovoltaic program of the Environmental Fund Agency (AFM) managed to finance 2,575 photovoltaic panel systems, totaling a subsidy value of about 50 million lei. Another 3,712 requests are in the process of being settled (about 74 million lei).

Beyond the long delay in implementation, the program remains marked by the high rejection rate of funding applications (43.7%) – 12,009 files out of the 27,485 submitted were rejected following the AFM analysis. The situation has led to 185 litigations in which AFM is a party; only 11 were settled definitively, 8 in favor of AFM, 3 in favor of the applicants.

At the request of PATRES, the Environment Fund Agency presented the status of funding applications registered in the program on the installation of photovoltaic panel systems for electricity production, to cover consumption and surplus delivery in the national grid, approved by Order 1287/2018 (House Green – Photovoltaic).

In April 2021, the Employers’ Organization of Renewable Energy Producers (PATRES) decided to expand its activity to support current and future prosumers. PATRES has 109 members, producers of energy from renewable sources with a total installed capacity of about 1,800 MW, which represents investments in the energy sector in Romania of about 2.7 billion euros.

The big gain of this program, so far, is the increased visibility of photovoltaic solutions among the general public. The second benefit is the creation of a market for photovoltaic system installers. In September 2019, 242 installer companies from all counties of the country were validated within the AFM program.

The authorities have repeatedly announced that a new funding session for the Green House – Photovoltaic program will be launched, based on improved Funding Guide and evaluation procedures. The first form of the program will not be able to spend more than 300 million lei from the budget of 536 million lei, even if the interest expressed by the beneficiaries is considerable.

Announced in June 2018, the AFM program aims to finance with about 5,000 euros up to 20,000 individuals who wanted to set up small electricity generation facilities with a power of up to 6 KW each. On December 5, 2018, the Financing Guide was approved, stating that photovoltaic panel systems with a minimum installed power of 3kWp will be subsidized.

On January 18, 2019, the first registration session was organized for the validation of the installers; the procedure was extended several times until April 5. The installers validated within the national Green House Photovoltaic Program signed the participation contracts between September 2-6, 2019.

From March 2020, the lists with the files accepted in the Green House – Photovoltaic program started to be communicated. In the end, more than 14,000 files were approved, but 12,000 were rejected. Only 89% of the approved files were materialized in financing contracts, and only half of them reached the stage where there are settlement requests submitted to AFM.