Acasă » Electricity » Adrian Dumitriu: Chimcomplex has ambitious plans, we are the only blue hydrogen producer in Romania

Adrian Dumitriu: Chimcomplex has ambitious plans, we are the only blue hydrogen producer in Romania 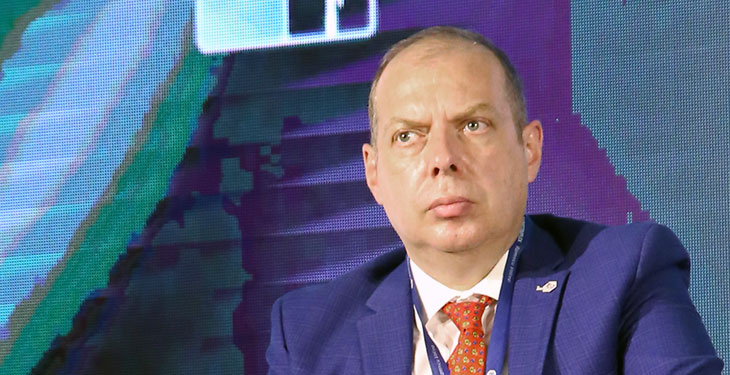 Chimcomplex has very ambitious plans in terms of development in the polyols segment, told Energynomics Adrian Dumitriu, the company’s CFO. “We are a big energy consumer and we have launched plans to ensure the company’s energy independence. We have two cogeneration plants in Borzești with a (steam) efficiency of 90%… and we are expanding the same vision in Vâlcea… We are starting this year a 50 MW cogeneration plant in Vâlcea and we have also assumed this responsibility – to help the local community from the perspective of the thermal resource for the population “, he said.

“Currently we are the largest producer of blue hydrogen in Romania, currently we produce over 5,000 tons of hydrogen annually. The hydrogen we produce is based on the electrolysis of saltwater. From this perspective, Chimcomplex produces the most energy-efficient hydrogen – in water electrolysis, the energy consumption per kg of hydrogen is of 60 kW, and in the case of water electrolysis mixed with salt, the consumption is 46 times lower. From this perspective, we look forward to the start of these funding programs launched at the level of the European Union,” he said, during the 7th edition of the Energy Strategy Summit, an event organized by Energynomics.

“We have many investment plans. Chimcomplex is one step ahead in the decarbonization process. Our products are part of the solution to reduce CO2 emissions. At the EU level, 40% of electricity consumption and 36% of CO2 emissions are generated by the building sector. Chimcomplex produces polyols, part of the polyurethane foams that represent the most efficient method of insulating buildings. We will see in both the PNRR and similar plans in the European Union that this building rehabilitation sector plays an important role. And our products are the most effective tool for thermal rehabilitation. We have polyols that are used in the production of blades for wind turbines,” he added.

“We hope that the process of accessing European funds will be a little faster – otherwise, the opportunities will pass us by. I think that the procedures and the whole process of accessing these funds should be accelerated because otherwise, we will lose opportunities. Last October, we filed, on 10D (a component of the Modernization Fund – e.n.) about five projects, with hydrogen production and photovoltaic parks – we have not received any answer yet. I hope things will change,” added Dumitriu.