2020: When economic prudence will lead to improved performance 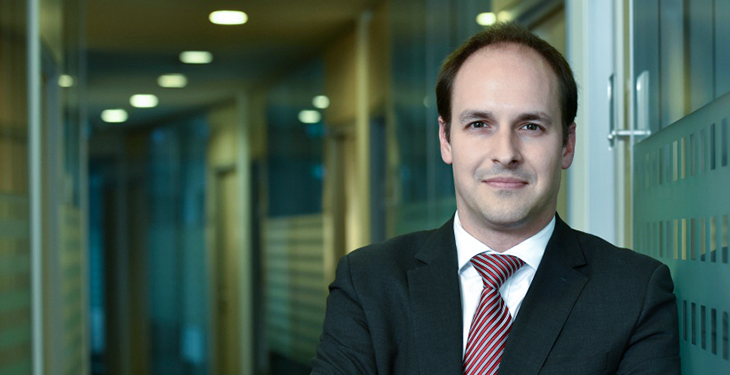 Thirty years after the fall of the communist regime, Romania seems to be well anchored in European values and on a clear path of economic development, writes Johan Meyer, CEO Franklin Templeton Investments Bucharest Branch and Portfolio Manager of Fondul Proprietatea.

Even if certain problems linger with respect to the latter issue, Romania has the opportunity to start the new decade on the right foot, moving beyond the damage control for the previous years. The messages of the new Government on many issues of interest to investors, from repealing harmful legislation and promoting listings, to encouraging corporate governance and transparency of state-owned companies, are the first steps for the country to regain its credibility as a reliable business partner and investment destination.

So, can 2020 really mark a positive turn for Romania, following a very eventful and extremely confusing 2019? In simple terms, yes. Consensus expectations are for Romania to achieve its seventh consecutive year of economic growth, forecast at 3.6% increase in GDP. It is a year when Romania has a unique chance to shine, even as the rate of economic growth slows down compared to prior years. There are, nevertheless, several key conditions for that to happen.

Word of the year: prudence

With a budget deficit optimistically forecasted by the Government at 3.6% of GDP for 2020, in contrast with the European Commission’s more muted expectations, the Government will have to be very prudent with expenses. This implies carefully evaluating increases in pensions, focusing on the efficiency of ANAF in collecting taxes and making sure SOEs operate at an optimal level of profitability, as they contribute through taxes and dividends to the State budget.

The repeal of the infamous GEO 114 is a good step towards repairing the damage caused to the perception of Romania as an attractive investment destination.

Previous Governments have allowed a rapid rate of salary increases in the public sector, which, to no surprise, has resulted in significant pressure on the state budget. Salary expenses increased by 19% in the first 11 months of 2019, compared to the previous year and doubled in the past five years. While it is true that increases of wages in the public sector have contributed to the improvement in Romanians’ purchasing power, it has also meant that economic growth has been primarily consumption driven, while the other components of GDP growth have lagged behind.

In parallel, as the private sector tries to attract employees while facing a workforce deficit and competing against an increasingly generous public sector, Romania should tread carefully with this matter, as it risks eroding its competitive advantage. Nevertheless, in every challenge is an opportunity: Romania could shift employment from inefficient companies and areas of the economy to other areas that are more productive, without having to resort to importing labour.

So, one could say prudence is required everywhere. With only one exception: Romania should make the most of the available EU funding and spare no areas. We strongly encourage the Government to initiate productive public investments and access EU funding wherever possible.

The repeal of the infamous GEO 114 is a good step towards repairing the damage caused to the perception of Romania as an attractive investment destination. The measure should be coupled with ensuring stability and predictability in the legislative and regulatory environments, so that companies can make long-term investments with confidence again.

We are encouraged that the Government is saying the right things and making the right commitments, not only with regards to the ordinance, but also in terms of corporate governance and transparency in SOEs, as well as expressing the desire to have SOEs such as Hidroelectrica and Bucharest Airports listed. While this is good, tangible benefits will only materialize when these commitments are followed through with actions. Cash raised could be utilized in other areas of the economy, for example co-financing of projects to access EU funding. In addition, it is worth noting that IPOs can benefit the current account deficit through increased investment flows into the country and help Romania to finally achieve emerging market status in the MSCI index.

The country’s rating downgrade by Standard & Poor’s at the end of last year seemed to seal a period marked by a series of economic missteps and misfortunes. However, if the Government is prudent enough in its spending and efficient in tax collection, there is a possibility to regain a more favorable rating.

Who will shine this year

We expect the energy sector to perform well this year, particularly after the repeal of GEO 114/2018 and the subsequent de-regulation of the market, which will prompt companies to invest in local operations with a clear view of generating returns. What remains important is for authorities to clearly define vulnerable consumers and make sure those classified as such are supported not through clumsy instruments such as GEO 114, which apply to the entire market.

Romania’s self-sufficiency in gas is critical and the Black Sea projects represent an essential instrument for achieving it. We encourage political forces and other stakeholders to agree on the amendments to the Offshore Law as soon as possible, so the investment decisions are taken with no further delay.

Another star this year is bound to be the tourism sector, given Romania’s continued improvement in terms of reputation and facilities available to visitors. While the country benefits from good connections across its regions, the state of its roads and railways and the continued absence of highways discourage travelers, be they tourists or investors. We should not underestimate the role of airports in Bucharest as the main gateway to the country – the increasing congestion in the past few years is far from the best image that Romania wants to portray to travelers, especially as a first impression. As such, we strongly believe that authorities should pull out all the stops in the process required for the construction of a new terminal at Otopeni.

Regardless of whether they focus on the energy, tourism or other fields, we expect more foreign investments this year. If these are coupled with sound public investments, especially in areas enabling increased productivity, such as the infrastructure, together they will help Romania overcome the slower growth anticipated for this year and pave the way for more evenly distributed economic growth over the medium to longer term.

In conclusion, 2020 has the potential to be more settled in certain areas – a return to a de-regulated energy market, a pacing down of budget expenses, while more eventful in others – the legislation governing the Black Sea gas projects, steps for the listings of SOEs, transparent appointments in SOEs, etc. As such, the current Government has a unique opportunity to ensure that this year really marks a turn for the better.