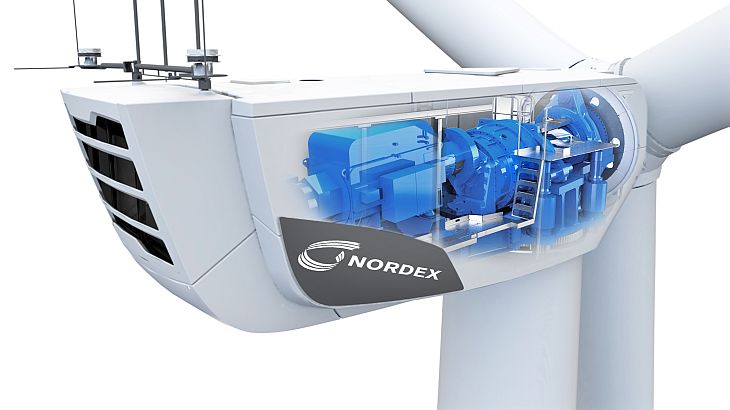 Wind-turbine makers are poised to make their first profit in years after shutting underused factories and abandoning a drive for growth at all costs.

Vestas Wind Systems of Denmark, the world’s biggest manufacturer, along with German competitor Nordex SE are forecast to have their first pretax profits this year since 2010, according to analyst forecasts compiled by Bloomberg. Gamesa Corp. Tecnologica SA is predicted to make a net profit after a loss last year. Investors haven’t waited, driving up shares of the three companies an average 220 percent in 2013.
After manufacturers cut at least 9,000 jobs and closed the least efficient plants, turbine prices may rise for the first time since 2009. That’s helping them cope with European subsidy cuts and bruising competition that lowered prices by a quarter in an industry that drew $75 billion of investment last year.
“Overcapacity and the price war was a big part of the crisis,” Juergen Zeschky, chief executive officer of Hamburg-based Nordex, said. “Now companies are doing their homework and becoming more efficient, optimizing their processes and achieving further cost reductions.”
The result is the three turbine makers lead the 31-percent recovery in clean energy shares this year along with billionaire Elon Musk’s electric-car maker Tesla Motors Inc., the top performer that has quadrupled, and California solar-panel maker Sunpower Corp., which has tripled. 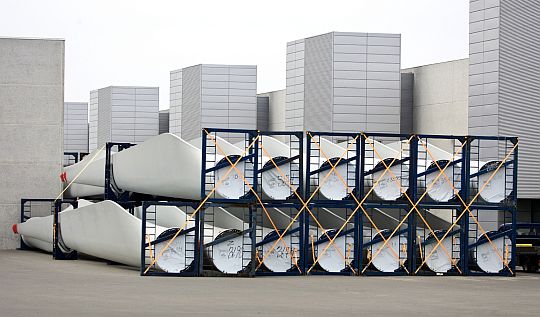 Vestas in Aarhus, Denmark, surged to 109 Danish kroner through yesterday from 32 kroner at the end of December. The stock peaked at an intraday 700 kroner in June 2008 and hit a 14-year low last year. Spain’s Gamesa has more than tripled this year after reaching an all-time low last year. Nordex recovered 180 percent in 2013 after hitting a seven-year low last year.

The outlook is not uniformly optimistic. Turbine demand is forecast to fall about a quarter to 36 gigawatts this year, according to Bloomberg New Energy Finance. The researcher expects a 5 percent drop in China, which may hurt domestic manufacturers Xinjiang Goldwind Science & Technology Co. and Sinovel Wind Group Co.

Even so, most of the manufacturers are in the middle of cost-cutting programs that are beginning to show results. Suzlon Energy Ltd., which had the biggest Indian convertible bond default in history, is forecast to return to an operating profit this year, though interest payments will wipe that out.

Vestas is predicted to post operating profit of 103 million euros, according to the average of analysts surveyed by Bloomberg. Interest, tax and costs would push it into a net loss. Nordex may post a net profit of 10 million euros, and Gamesa is predicted to have a 41 million-euros profit, according to the forecasts. Vestas is less than five months away from completing a two-year program to reduce expenses by 400 million euros and its workforce by about 30 percent. On Aug. 21, it replaced Chief Executive Officer Ditlev Engel with Ericsson AB executive Anders Runevad as second-quarter losses widened.

“If we execute our plans, then we will be profitable when we present our full-year results,” Chief Marketing Officer Morten Albaek said by phone. 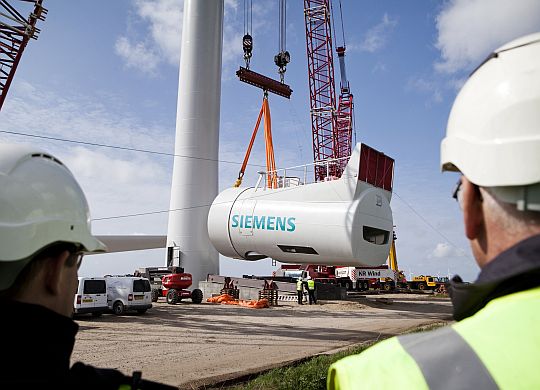 At Nordex, Zeschky announced factory closures in the U.S. and China after taking over in March 2012. Those will slash a quarter of its manufacturing capacity. “There’s still a lot of growing up to do,” said Zeschky of Nordex, which returned to profit in the first half of 2013. “It’s still a challenging market.”

Gamesa, which is based in Zamudio, Spain, reported a profit of 22 million euros for the first six months of the year after a loss last year. It’s announced 2,600 job cuts and will shut 24 offices to save 100 million euros a year.
“This industry was causing its own demise by building more factories everywhere and continuously competing on price,” said Daniel Patterson, an analyst at SEB AB in Copenhagen. “They’ve all woken up to reality.”
Cuts by the biggest manufacturers have reduced potential turbine supply 11 percent to about 72 gigawatts this year, according to Daniel Shurey, an analyst at New Energy Finance in London. A further reduction to about 67 gigawatts is predicted by 2016. Global installations were 44.8 gigawatts last year. A gigawatt is enough to supply 300,000 homes in the U.S.
“The huge cost reduction efforts of all the main manufacturers are starting to kick in,” Shurey said. “Capacity is starting to move down, in line with the lower demand.”
Tighter supply is helping boost prices. Machines for delivery in the first half of 2014 are selling for 1.01 euros a megawatt compared with 880,000 euros for those to be shipped in the second half of 2013, New Energy Finance estimates.
Gamesa Chief Executive Officer Ignacio Martin said on July 23 that there’s been “a stabilization of volumes and prices that is expected to continue.” GE Vice Chairman Keith Sherin said July 19 that pricing for renewables orders is up 11 percent, with new wind products “the biggest piece” of that.
“That’s a very interesting potential inflection point,” Patterson said. “If prices start to go up, then this entire industry and the stocks have more runway left.”