Acasă » Electricity » We release the 30th issue of the Energynomics Magazine, today, at the 2021 Spring Cocktail edition!

We release the 30th issue of the Energynomics Magazine, today, at the 2021 Spring Cocktail edition! 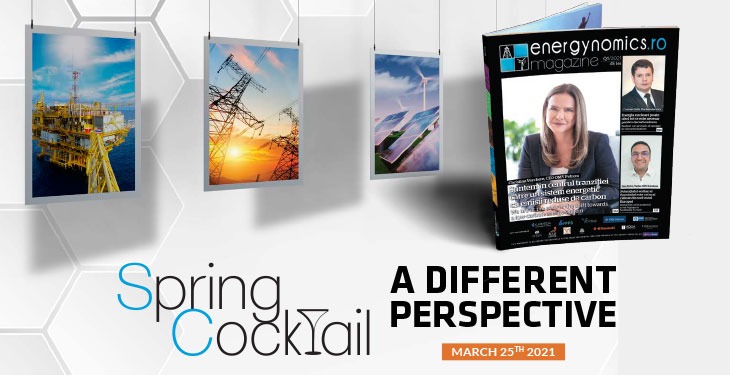 The 30th edition of Energynomics Magazine will be released on March 25th and it will be fully and freely accessible like all the previous editions.

For them, we address the most topical issues, from the planned investments in the National Recovery and Resilience Plan to the response measures in the second year of the Covid-19 pandemic, from automation and digitalization as solutions to optimize industrial businesses, to the decarbonization strategies of the big cities in Romania and the new promise of the near future – hydrogen. 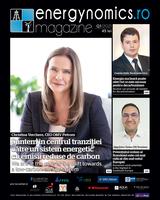 The energy transition agenda increased tremendously in recent years in the European Union and has opened new opportunities for economic prosperity for Romania too. In this context, Romania has a unique opportunity to capitalize on its gas resources. “We are at the core of these transformations and we are committed to supporting the energy transition. It’s a process that we have already started and which opens new opportunities for our business”, said Christina Verchere, CEO of OMV Petrom, in an interview for Energynomics Magazine. The company also assesses new business opportunities that complement its existing business such as PVs and electric cars charging stations.

With all its great projects in preparation – the modernization of reactor 1 and the launching of work on reactors 3 and 4 – one would have thought that Nuclearelectrica has no time for anything else! However, the company initiates and fuels public dialogue about small modular reactors, a technology it intends to bring to Romania. We talked to Cosmin Ghiță, the general director of Nuclearelectrica, about all these. Ona short quote, here: “The nuclear industry seeks to ensure simultaneously, in the long term, production, reduced costs, flexibility and availability. The exact variables on which decarbonization depends”.

After many years of stalling, wind power generation has new prospects in Romania, with the liberalization of the electricity market and the introduction of PPA contracts as two encouraging elements. We found out from Dan Petre, country manager at Vestas CEU Romania, that the wind potential of our country is the highest in Southeast Europe. “There are detailed wind maps for Romania and due to the advancement of technology and the so-called low wind turbines, new or additional regions can certainly be utilized for onshore wind turbine installations”, Dan Petre said.

previousAdrem Group is ready for the energy transition
nextDaniela Barbu (Ministry of Energy) on the Energy Efficiency Investment Fund, ElectricUP and ESCO projects