Acasă » Uncategorized » Volker Raffel took over the position of CEO of E.ON Romania

Volker Raffel took over the position of CEO of E.ON Romania 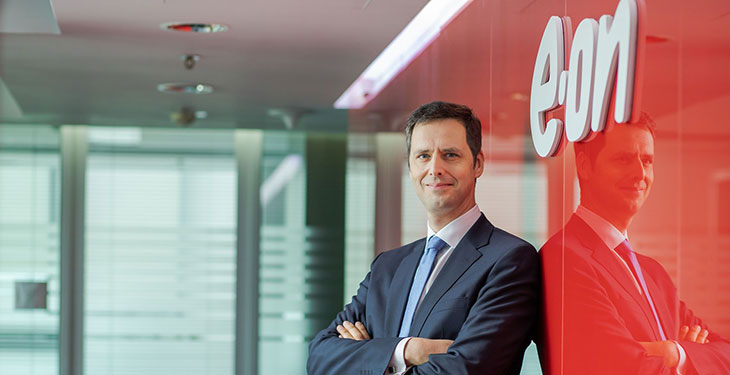 Volker Raffel is the new CEO of the E.ON Romania Group starting with August 1, taking over the attributions from Manfred Paasch, who retired from the position he held for almost two years.

With 22 years of experience at E.ON, Volker Raffel is a graduate of technical university studies, specializing in Physics, as well as engineering studies in France, specializing in Energy and Nuclear Energy. In recent years he has held various management positions, most recently as Director of Energy Management, Communication and Coordination at PreussenElektra, the group’s nuclear power company. In Romania, he was part of the team involved, starting with 2004, in the privatization process of the former Electrica Moldova, later being the deputy general manager of the distribution company until 2008.

“We aim to consolidate the results obtained so far by the E.ON group in Romania, moving further towards the strategic objective, that of being a company dedicated to the transition to the new world of energy: sustainable, digital and green, oriented towards satisfying customer needs. This is our common mission,” said Volker Raffel.

Also from August 1, Dragoș Bărbulescu will be general manager of the gas and electricity distribution company Delgaz Grid. Dragoș Bărbulescu has been working for E.ON for 14 years, and for the last 9 years he has been part of the company’s Board and has also fulfilled the role of CFO.

“Investments are an extremely important chapter of our strategy, because we cannot talk about a sustainable future without smart grids. A considerable increase in investment is budgeted for this year, which will be the largest in the last 16 years. These efforts aimed at modernizing the networks and increasing the quality of services must continue every year, including by attracting European funds to finance specific projects,” said Dragoș Bărbulescu.

Also from August 1, Mirko Strube becomes CFO of E.ON Romania. In addition, he will be responsible for Digitalization/IT, HR and other support functions, as Deputy General Manager of E.ON Romania.

As a result, from August 1, Volker Raffel (CEO), Mirko Strube (CFO, Digital/IT, HR and other support functions), Claudia Griech (Customer Solutions) and Dragoș Bărbulescu (Distribution) form the Board of Directors of E. ON Romania.

previousEnel X builds two photovoltaic power plants for Nimet
nextCoal production fell by 25.7% in the first half of 2021