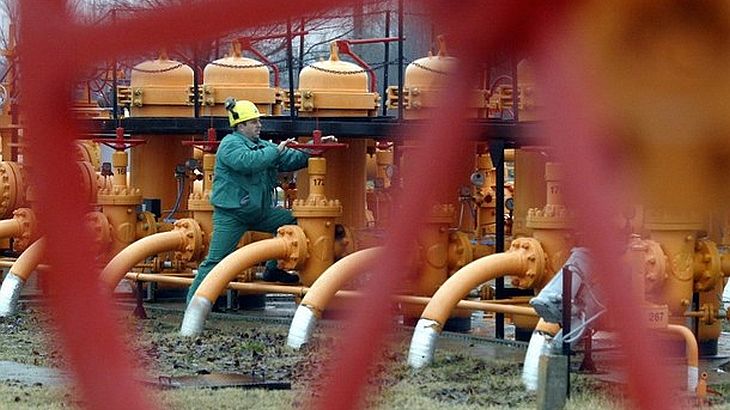 Hryhoriy Nemyria, a member of the Ukrainian parliament, said the assembly appealed to the signatories of a 1994 nuclear treaty that guaranteed Ukraine’s safety – including the United States, the United Kingdom and Russia.

At the same time, Russian company Gazprom announced that could annul the reductions in gas prices to Ukraine as Kiev has accumulated arrears of 1.55 billion dollars (1.12 billion euros), according to the Russian agency RIA Novosti.
“Payments must be respected,” said Sergei Kuprianov, the Gazprom spokesman.

“At this time, Ukraine ‘s gas debts is of 1.549 billion dollars,” said the Gazprom representative.

Russia offered Ukraine preferential gas prices as Viktor Yanukovych ‘s administration had given up in November 2013 to the signing of an Association Agreement with the European Union. But Gazprom’s warning could be a form of economic pressure on the new pro-European authorities installed in Kiev.

Jacob Lew : the United States is prepared to offer financial assistance to Ukraine

United States is ready to provide all necessary assistance to Ukraine for the much-needed financial recovery of the country, the US Treasury Secretary Jacob Lew, according to AFP.

“The United States is prepared to work with bilateral and multilateral partners to provide Ukraine all needed support to restore financial stability and return to economic growth if new government will implement necessary reforms,” ​​said Lew.

The treasury Secretary said that an IMF program to be the “center” of a possible international assistance plan.

“The United States is prepared to supplement the IMF help,” he added.
Lew said that he spoke several times with Ukrainian Prime Minister Arseniy Yatseniuk, and received assurances that the government of Kiev is “prepared to take the necessary steps to build a solid foundation for the economy” of Ukraine.
The new Ukrainian authorities , who took over from former President Viktor Yanukovych launched Thursday a call for help from the IMF , which immediately declared ” ready to respond ” in this regard.
In parallel, Kiev is losing control in the Crimea, in the context of the increased presence of Russian troops in the peninsula in the southern Ukraine .
Lew reiterated that Washington follows  “closely” and “with great concern” the situation in Ukraine.