UE prefers its industry over the renewable energy; environmentalists criticize the choice 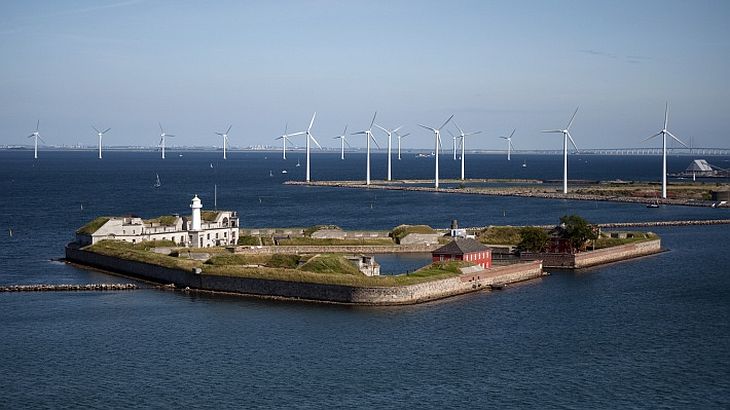 European Commission (EC) published a guidelin for environmental protection and energy that will be used to provide support for large energy consumers, affected by electricity tariffs so hight that made them uncompetitive in non-EU markets. The new guideline shall enter into force on 1 July and will be applied until the end of 2020.

Not incidentally, on the same day Germany adopted a law that reduces the feed-in tariffs cashed by  renewables for the power supplied to grid. Renewable energy sector is the most affected by the new rules, since the subsidies offered as fixed tariffs or green certificates, although accelerated the development of this kind of energy in the EU, have imposed unbearable burdens in the structure of production costs for European companies.

In the context of new guideline being published, the European Commissioner for Competition Joaquin Almunia, has made ​​it clear: “It is time for renewables to join the market.” According to him, „the new guidelines provide a framework for designing more efficient public support measures that reflect market conditions, in a gradual and pragmatic way. Europe should meet its ambitious energy and climate targets at the least possible cost for taxpayers and without undue distortions of competition in the Single Market. This will contribute to making energy more affordable for European citizens and companies.”

Energy-intensive companies now have the rules to submit to the EC requests for partial exemption from the payment of costs to support an energy mix the contains more and more renewable energy.“It took us two years, but we have reached the best possible balance”, said the EU Competition Commissioner, anticipating loud complaints from environmentalists and industry representatives.

“EU energy policy is driven by those who want to continue to use fossil and nuclear energy”, said German MEP Rebecca Harms, co-president of the Greens in the European Parliament. “Almunia was forced Monday to review proposals at the pressure of conservative Commissioners and of Barroso, Commission’s president,” said Luxembourg MEP Claude Turmes. “The proposals overshadow the prospects of wind energy.”, said Milan Nizschke, from ProSun association.

Instead of feed-in tariffs and subsidies, market mechanisms

Several European governments have requested the removal of the market distortions caused by different mechanisms to support renewable energy, and market mechanisms will be introduced gradually. The European Commission says that some renewable energy technologies have reached a stage of maturity that requires their integration into the market, so it will introduce in 2015 auctions for the allocation of subsidies.

In addition, some of the energy policy returns to national governments, who may decide more on their energy mix. To increase cost efficiency and limiting distortions, the new EC guideline provides for the gradual introduction of auctions for allocating subsidies, and Member States will have the flexibility to take account of national circumstances to reduce the contribution of industry in support of renewable energy. Small renewable energy projects will continue to benefit from the current pricing system, or similar systems.

The new recommendations include criteria to support energy infrastructure, focusing on projects that improve energy flow and promote cross-border infrastructure in the less developed regions of Europe. The Commission will simplify procedures for implementing specific measures in support of environmental protection and energy.

Thus, several categories of measures in this area will be included in the revised “General Block Exemption Regulation”. This will simplify the application of measures by the authorities, as there will be no need for the Commission’s approval. These measures will include some form of support to promote renewable energy or district energy plants, cleaning of contaminated areas or improving the energy efficiency of buildings.

Romanian Government, still undecided on the level of the exemption; from where will the money be recovered?

The exemption of big romania industrial consumers from buying a certain quota of green certificates might turn more to be a reduction within the range of 50%-60%, although the European Commission accepts a share of 80%, market sources said to Agerpres news agency. The reason for a lower exemption lies in the difficulties renewable energy producers would have to meet, who use green certificates as a source of additional income, next to power exchange energy sales.

The Government should also consider who will pay for the green certificates that will not be allocated and sold anymore, says Bogdan Chiriţoiu, President of the Competition Council. He says the missing money could be recovered by one of three options: “either from the pockets of the remaining consumers, from the budget or from the renewable industry in the sense that it will  no longer be recovered. Each of these variants has disadvantages.”