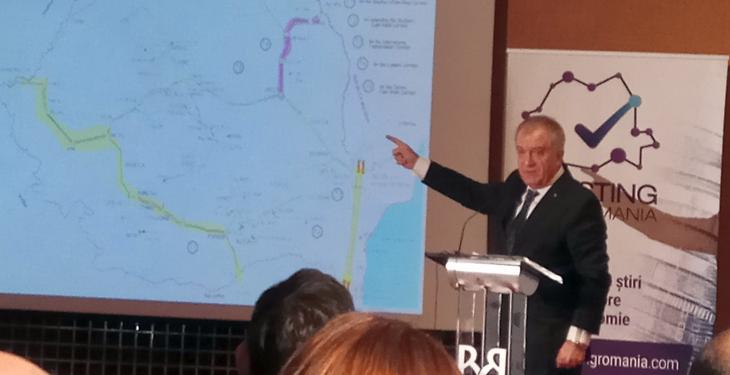 The National Gas Transporter Transgaz (TGN) planned investments of ROL 6.1 billion between 2018 and 2020, for the development of the National Transport System, but also for the acquisition of shares in European operators, according to documents published on the company’s website. On the other hand, Transgaz estimates for this year a net profit of RON 213.16 million, halved from the one last year, and total revenues of ROL 2.52 billion, 25.38%. The indicators will be subject to approval at the shareholders’ meeting on March 5.

“Transgaz is currently involved in seven major gas pipeline projects and two other important projects, which will turn the company into a regional multinational. I am talking about strategic projects such as BRUA and the exploitation of Black Sea gas resources through which Romania will become energetically independent. When these projects will be completed, Transgaz will be one of the top four energy companies in Europe and one of the European Commission’s pillar in the region”, said Ion Sterian, Transgaz’s CEO, according to a company’s press release at the 10th anniversary of the company listing on the Bucharest Stock Exchange.

The money will be directed, among other projects, for the acquisition of a stake in Vestmoldtransgaz state-owned company in the Republic of Moldova, but also for covering Transgaz contribution for the acquisition of 66% of DESFA, the operator of the natural gas distribution network in Greece. At the same time, the expenses also cover the necessary investment for the construction of the Ungheni-Chisinau transport pipeline.

Of the total, the planned investment expenses for this year amount to 1.88 billion lei, another 2.96 billion lei are budgeted for next year, while in 2020 the company wants to allocate another 1.25 billion lei for investments.

Funding will be provided from its own sources, European funds and bank loans, the document shows.

The amount of gas transported grew by almost 14% to 9.21 million cubic meters.

The majority shareholder of Transgaz is the Ministry of Economy, which controls 58.5% of the shares.

previousChevron has to pay over 97 million dollars over how it left Romania
nextDow Jones closed down almost 1,200 points; Asia was also in red today