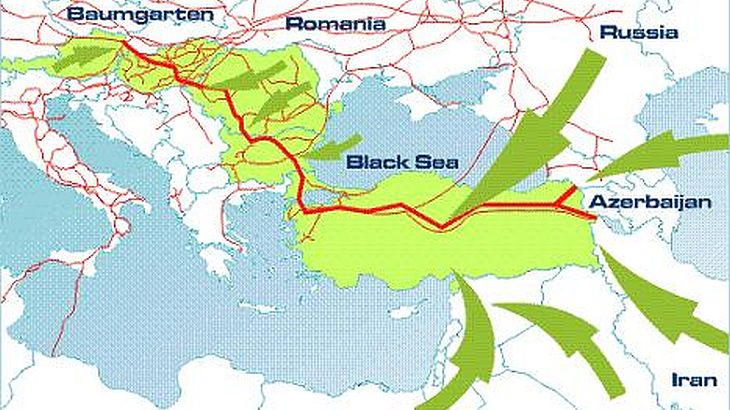 Romanian state-run natural gas transporter Transgaz and Austrian oil and gas company OMV AG will provide a loan of up to 7.5 million euros to Nabucco Gas Pipeline International (NIC) so that the latter doesn’t go insolvent, news agency Mediafax reports. Transgaz will provide up to 50% of the loan, and for this money NIC will pay interes and will guarantee with some of its assets. In addition, the Romanian company will pay another 1.34 million euros to a capital increase of NIC. The executive team of NIC budgeted a necessary of 20 million euros so that the company could shut down in an orderly fashion.

Both Transgaz and OMV were shareholders in Nabucco Gas Pipeline International GmbH, a Vienna-registered company set up to manage the now-defunct Nabucco West pipeline project. The project was designed to transport Azeri gas from Turkey to Austria, but the consortium developing Azerbaijan ‘s largest gas field Shah Deniz-2 has opted for rival Trans-Adriatic Pipeline (TAP) to ship its gas to the European market.

Transgaz announced recently it has written down assets worth 25.1 million euros in relation to Nabucco West project and said that it could take additional charges of up to 6.6 million lei. OMV took a one-time charge of EUR55 million because of the failed project. The other shareholders in the project are Bulgaria ‘s BEH, Hungary ‘s MOL, Turkey ‘s Botas and France ‘s GDF Suez.