The shale gas debate turns film-makers one against another 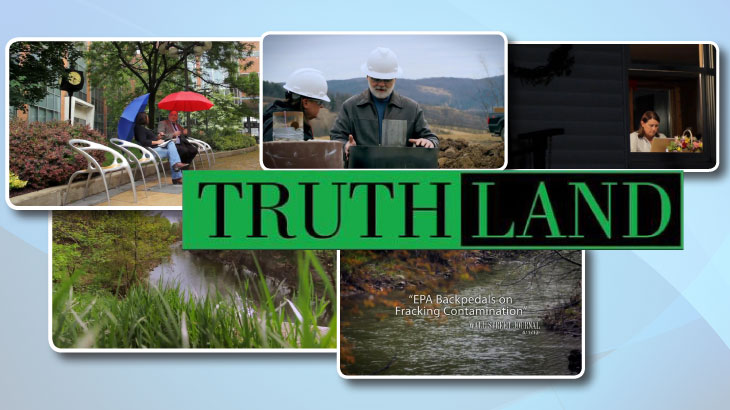 The shale gas boom has started somewhere around year 2000, in the US. 10 years later, 20% of the United States natural gas production was shale gas. A staggering increase due to continue for at least 30 more years, if the Energy Information Administration’s forecasts are correct. Starting from 2008, an intense public confrontation has started to cloud the infant revolution in oil and gas industry: the hydraulic fracturing entered into public attention as a dangerous activity to be intensely scrutinized and even banned, as a precautionary measure against any possible environmental damage.

Fracking, as is now widely known, is one of the technologies where recent breakthroughs made shale gas exploitation economically viable. The term has also increasingly became a word of shame and an international flagship enrolling opposants of the most diverse extractions. A documentary movie called Gasland made all their voices heard back in 2010.

Gasland, the Sequel and the rebuttals

It was an independent low-budget innitiative launched in 2008, as the writter-director Josh Fox explained, when a natural gas company offered his family $100,000 to lease their land in Pennsylvania to drill for gas. The movie was made in about eighteen months, when around 200 hours of footage resulted in 107 minutes of final work. Appraised for its human touch, the movie won prizes in numerous film festivals, an Emmy Award (2011) and the Special Jury Prize at Sundance Film Festival (2010) among them, and enjoyed a wider audience when broadcasted by HBO.

A sequel called Gasland 2 was released in April 2013, at Tribeca Film Festival, and was also broadcasted by HBO.
The movies also inspired critical approaches as the 2012 Truthland and 2013 Fracknation. Both these movies offered the different perspective on the impact the shale gas industry has on people and their land, and also came with numerous corrections on the facts and numbers Gasland used to conquer the public. 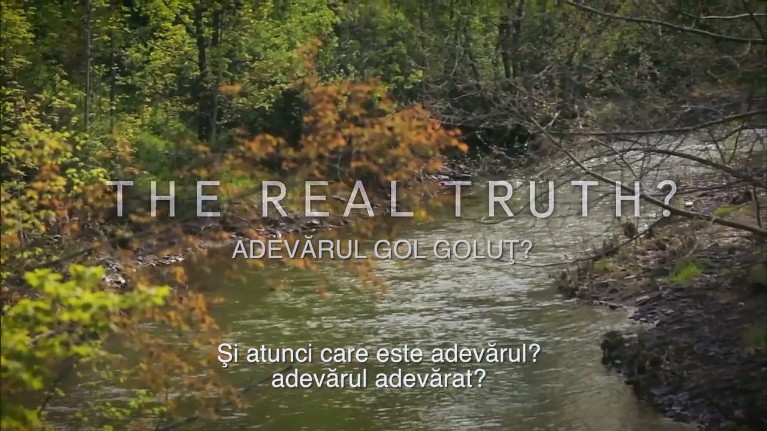 The recurrent reproach against Gasland movies is their misrepresentation of facts, resulting from avoiding to cite all parties and brushing away data against its thesis. So a deluge of debunking, exposing, correcting Gasland affirmation followed.

And then all became personal! În 2010, Josh Fox was confronted in public with some information which he had chosen not include into his documentary. The challenger was another filmmaker called Phelim McAleer. McAleer forced Fox to admit that he considered of no relevance the fact that one of its most striking scene in Gasland I – water being lit on fire in the kitchen – was disingenuously designed. Fox presented the images as a hard prove on the dangers the hydraulic fracturing poses on people health, when facts like that were recorded in the area for many-many years, long before fracking became a subject.

Conflict and serialization are not the only characteristics to make the popular depiction of shale gas industry a highly fictionalized co-reality. There is also the intenssive usage of emotional approach (both in Gasland and Truthland), there are “unexpected” discoveries, controversies and conspiracies.

In fact, most of the statements in Gasland I were subject of thoroughly criticism and rebuttals from the US official institutions, industry associations and reputed experts.

Most of them were dismissed in Gasland II as part of a large conspiration to enforce the shale gas exploration at all risks.

And the are also recurrent characters! The same families are featured in both Gasland movies, while some experts migrated from Gasland to Fracknation. At its turn, Truthland features a woman’s “quest for truth” after she was scared by the wasteland of nearby Dimock, in Gasland I.

The stars, the crowds, the tears and fortunes

Josh Fox became world famous after its first Gasland movie. He captured esteem and financing, as well as the cheers of the crowds. He managed to get arrested three times, while making Gasland II, on which he commented: “I don’t like getting arrested, but it’s not so bad when it’s an organized form of nonviolent disobedience.”

Fox got the attention of some powerful sponsors to market his movies, and the money he received explain part of his media success.

On his part, Phelim McAleer presents himself as a knight of truth facing “threats, cops, and bogus lawsuits [while] questioning green extremists”. He started its venture of debunking the alleged false claims in Gasland I by provoking Fox during a press conference, and then managed to raise more than 200.000 dollars through a public crowdfunding campaign launched on Kickstarter. This is how McAleer tried to avoid his work being labeled as pro-industry propaganda.

Anyway, the independence of both the filmmakers is questioned. The Big Oil money (pro-industry lobby groups) are meeting the Big Green money (Park Foundation’s contributions, HBO).

The movies dedicated to shale gas phenomenon will be discussed on The Money Channel, on Friday, from 17.00, in a LIVE show with Constantin Rudnițchi (host) and three Romanian experts in Economics and Upstream industry.

previousNew recruiting process for the Supervisory Board of Hidroelectrica
nextEmil Calotă (ANRE): The era of big renewable energy investment has gone. Its the era of small investments.