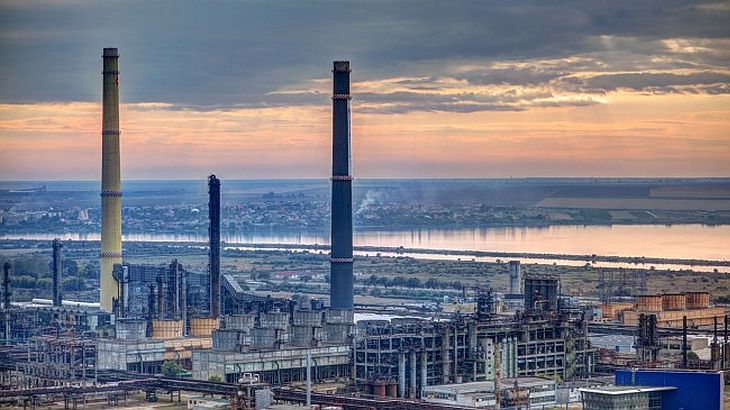 The Rompetrol Group decided to change its name to KazMunayGas International, as part of the process of integration of activities and transactions with the company KazMunayGas (KMG) – Kazakhstan’s national oil and gas operator, and the Group’s sole shareholder.

The main activity of The Rompetrol Group NV, now KazMunayGas International NV, is to conduct operations in refining and marketing of oil and oil products in Europe. Rompetrol Group is a major foreign asset of the National Company KazMunayGas.

“The “umbrella” brand is a prerequisite for strengthening the market position of the group of companies under the brand name KMG both within the country and for its successful entry into the foreign markets. A strong single brand will promote brand awareness of all companies of the group, and will focus on the promotion of a single national brand and the country“, said Zhannat Tussupbekov, Managing director external refining and marketing, National company KazMunayGaz – CEO of The Rompetrol Group (from now on – KMG International).

The central leadership and management body of the Group, Rompetrol Group Corporate Center SRL Romania, will be renamed to KMG Rompetrol. The brand «Rompetrol» used by the company in the retail sector in Romania and abroad, will remain the same in the nearest future. In order to rename the retail network of company’s distribution points in Europe and the Black Sea region according to the new name it is a step-by-step process. After all, today, under a visual brand “Rompetrol” there are over 700 distribution points in 7 countries.

The company started last year the integration and alignment strategy for its operations with KMG. Vector Energy, the trading company located in Switzerland, became KMG Trading AG, subsidiary of KMG Rompetrol and the sole national operator for the export of Kazakh crude oil to Europe and the Black Sea region. Also, before the company other goals have been set – to develop the logistics assets required for meeting Kazakhstan needs, and development of trading operations in order to enter new markets.

The Rompetrol Group has recently embraced a new operating model in alignment with the strategy for consolidation and development of the Rompetrol activities and operations in Romania and the Southeast Europe. The reorganisation of the activities will allow us to render the operations more flexible, with a significant impact on increasing the cost structure efficiency.

The reorganization of activities will allow an increase of operational flexibility, with an impact on cost efficiency. On a European level, KMG International operates more than 1,100 filling stations in Romania, France, Spain, the Moldovian Republic, Georgia, Bulgaria under the brands Rompetrol and Dyneff. Also, The Group is owner of the Petromidia Năvodari and Vega Ploiesti refineries.

In Kazakhstan, KazMunayGas International, through its subsidiary Rominserv, takes part in the modernization of the Pavlodar petrochemical plant, and is engaged in the provision of services in the sector of exploration and production of hydrocarbons through the company Rompetrol Well Services.

previousFormer US Ambassador: The local community should receive a part from shale gas profits
nextUkrainian top politician: Russia will increase in April by 37% the price of gas for Ukraine