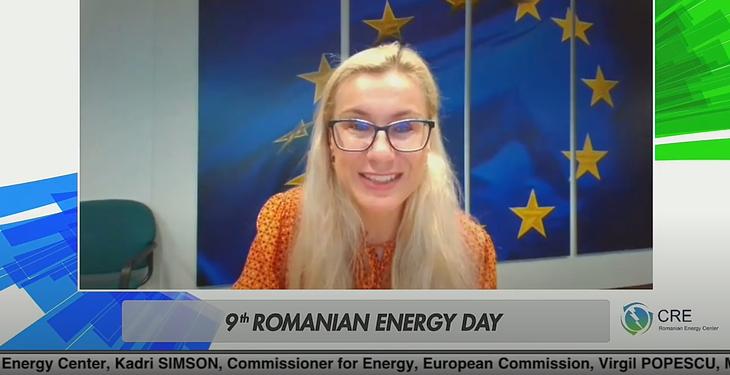 The European Union is reinventing itself by embarking in the most ambitious project since its inception – the European Green Deal, and the energy industry will emerge significantly changed from the SARS-CoV-2 crisis. These are two of the many significant messages of the 9th edition of the Romanian Energy Day conference, organized by the Romanian Energy Center Association.

Designed as the main dialogue platform between the energy industry in Romania and South-Eastern Europe and the political decision-makers from Brussels, the conference addressed the development framework of the European energy sector post-2020, the financial and infrastructure challenges, as well as the perspectives of the Romanian energy industry regarding the transition to a low-carbon economy, all of which aim to provide clean and affordable energy for future generations.

Opening the 9th edition of Romanian Energy Day, Corneliu Bodea, President of the Romanian Energy Center, pointed out the importance of cooperation and mutual support, while also making bold decisions, especially during rough times such as the COVID-19 pandemic. Investments are also crucial in modernizing the generation capabilities, the large-scale adoption of digitalization, smarter transport and distribution networks as well as energy efficiency.

Collaboration in order to support the transition to the green energy is mandatory, and the adequate funding is in place for supporting the transition mechanism towards the 2030 ambitions said Kadri Simson, European Commissioner for Energy. Facing the current crisis, the European Union is determined to turn adversity into opportunity, for modernizing the economy and its society. Furthermore, the EU is committed to be the first climate neutral continent and is actively assisting its member states, across all sectors, to reduce their CO2 emission by at least 55% by 2030, with a proposed 30% of EU’s next budget and the recovery package going towards climate related investments.

On funding opportunities specifically for Romania, the country will have available around EUR 14 billion under the Recovery and Resilience Facility and a further EUR 2 billion under the Just Transition Fund, in addition to the EUR 29 billion of Cohesion Policy funds.

Kadri Simson also mentioned the Offshore Wind energy strategy, which will be finalized in November 2020, representing new energy resource key for the green transition. Also, the revised trans-European energy network regulation will be tabled by the end of 2020 and the revised renewable energy, energy efficiency and internal gas market legislation will become available next year.