Acasă » Oil&Gas » Transportation » The Government gives freely over 30.000 tonnes of gasoline to CFR Călători from the state fuel reserve

The Government gives freely over 30.000 tonnes of gasoline to CFR Călători from the state fuel reserve 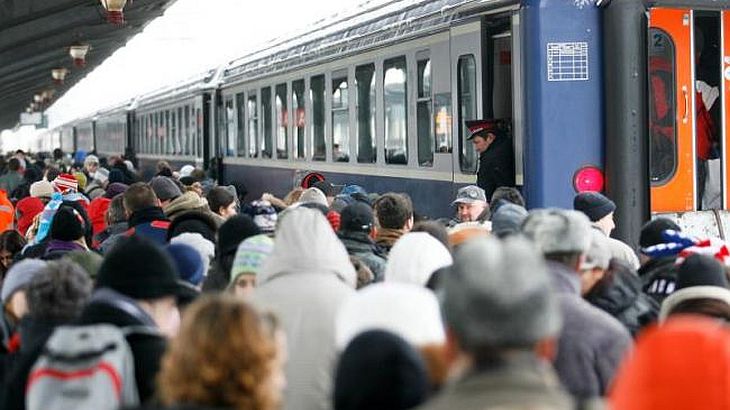 The Government has decided by Executive Emergency Ordinance to grant CFR Călători from the state reserve, free of charge, 32,487 tons of diesel Euro 4 and Euro 5. The fuel will be delivered as a compensation for public social services for public transport by rail. The Ordinance establishes also that the Ministry of Finance will provide to the company a loan of 579 million lei, with repayment period until Nov. 27 to pay the debt the company owes to CFR S.A.

Mediafax writes that in the latest letter of intent agreed with the International Monetary Fund, the government assumes to include in the deficit target for the first quarter of a loan from the Treasury for CFR Călători, to reduce debt. This loan is to be recorded as an expenditure in the first amendment of the budget this year.

The news agency notes that in the previously mentioned letter it is shown that railway companies debts to suppliers of power and those of the national road administrator will be paid partly, respectively in whole, from the budget, and other companies will enter into insolvency “or liquidation”. On this list are Railways Interventions, Romavia and Oltenia Energy Services.

previousProspecţiuni revenues increased by 20.5% last year to 415.4 million lei
nextNuclearelectrica reported a profit of 417.37 mln. lei for 2013, under the estimated earnings