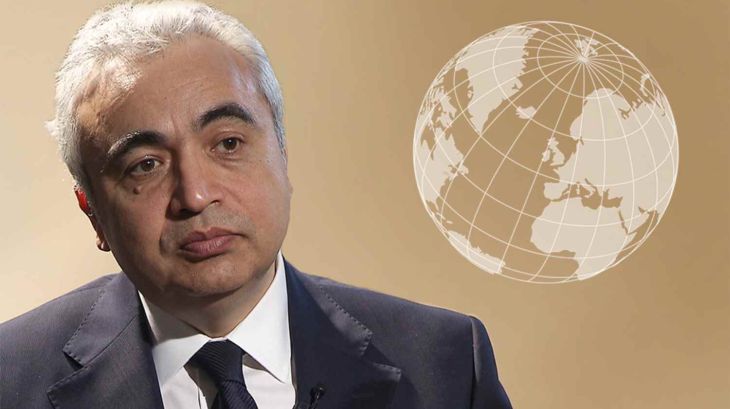 The new head of the International Energy Agency faces dilemmas that challenge the purpose of the body set up to protect the interests of the West against the power of OPEC in the 1970s, according to Reuters. Fatih Birol of Turkey — the IEA’s respected chief economist — took over on Tuesday, replacing Dutch politician Maria van der Hoeven, a former economy minister whose four-year term has expired.

“There is a lot of expectation on Birol — not just external performance, but crucially internal upgrade and institutional strategy,” said one official on condition of anonymity.

Although speaking for big oil-consuming countries, the IEA finds member the United States once again a leading producer and replacing OPEC as a dominant force on world markets. And major energy consumers China and India are not even members, presenting a headache for the Paris-based IEA’s prized role as the leading forecaster and data repository for opaque energy markets.

Birol also has to convince the oil and gas community, traditionally central to the IEA, to shift towards lower carbon fuels as United Nations’ talks, referred to as the Conference of the Parties (COP), on a new climate deal will take place in Paris at the end of this year.

“COP-21 must send a strong signal to investors to not lock in our energy system to a high-carbon future,” Birol said in an email.

Environment campaigners are sceptical. They say Birol has always underestimated renewables and over-emphasised the continued role of fossil fuel.

“He is a very smart person. He knows the issue very well. But he is also very conservative,” said Sven Teske, a senior renewable energy expert at Greenpeace, who was on the advisory board for the IEA’s flagship publication, the World Energy Outlook.

Birol’s credentials as a long-term IEA staffer, who has won the loyalty of his colleagues, may help in boosting morale, which insiders say is bruised.

“It’s the first time somebody within the organisation has risen to the top job. In many ways, he has been the face of the organisation for some time,” said Douglas Hengel, a veteran former U.S. diplomat who liaised with the IEA and is now at the German Marshall Fund think-tank.

“There are big morale problems,” one official said, referring to silos preventing information flow and a lack of internal coherence across a spread of publications.

Birol will continue the drive for closer cooperation with Asian consumers. In a departure from tradition, his first official visit in September just after he takes office will be to China at Beijing’s invitation, and not to an IEA member.

IEA membership is restricted to countries in the Organisation for Economic Co-operation and Development (OECD), which includes the major economies of North America and Europe, as well as Japan and South Korea.

“The IEA hasn’t got the same investigative powers over China and India as it has over the U.S. or Europe,” said Jacques Percebois, an energy professor at Montpellier University in southern France.