Acasă » General Interest » Environment » Tanczos: Romania allocates 41% of the money received via the PNRR for the green transition

Tanczos: Romania allocates 41% of the money received via the PNRR for the green transition 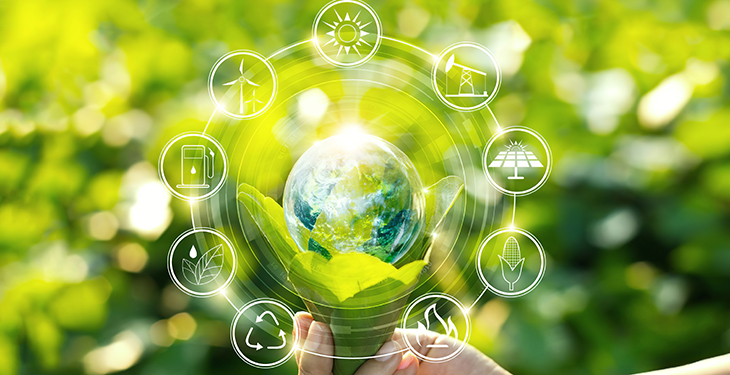 Increasing the resilience of ecosystems and reducing the risk of their degradation and disappearance is the vision that Romania has integrated into the National Recovery and Resilience Plan (PNRR), where 41% of the 29 billion euros allocated goes towards the green transition, stated, on Tuesday, the Minister of the Environment, Waters and Forests, Barna Tanczos.

“In Romania, we believe that the negative impact of climate change should be mitigated with adapted measures, and that this adaptation should mean increasing the resilience of ecosystems and reducing the risk of their degradation and disappearance. As part of our efforts, we have integrated this vision into the National Plan of Recovery and Resilience, and the result is that, of the 29 billion euro allocated, 41% goes to the green transition, of which 1.3 billion euro will go to our flagship campaign of reforestation, recovering biodiversity loss and combating exploitation illegal logging. More than 1.2 billion euros will be invested in waste management and the circular economy, while more than one billion euros is allocated to investments to combat soil and water degradation and wastewater accessibility in all communities in Romania. As a member state of the European Union, Romania imperatively recognizes the placement of environmental management in the center of our relevant policies to achieve the transition to a sustainable and inclusive society. At the same time, Romania will remain in solidarity with the other states in the fight against climate change and will offer full support in the implementation of the priorities assumed at the regional, international and global level,” said Tanczos, at the annual conference of the European Sustainable Development Network (ESDN) in Bucharest, according to Agerpres.

Regarding the problems facing humanity, currently, the Romanian official spoke about the triple planetary crisis, climate change, pollution and loss of biodiversity.

“The triple planetary crisis refers to three main problems facing humanity: climate change, pollution and loss of biodiversity. Each of these problems has its own causes and effects, and each problem must be solved if we are to have a viable future on this planet. Scientists have come to the conclusion that, as mentioned before, all three of these planetary problems are interconnected and will need to be addressed accordingly. Climate change affects ecosystems as a whole, generating huge pressure on biodiversity, the resource of water and soil. The effects of climate change hamper overall efforts to ensure the availability of water resources and soil conservation, thus directly affecting biodiversity. At the same time, pollution is the most widespread cause of disease and premature death. The global crisis of health, such as the COVID-19 pandemic, reminded us of the links p uterine relations that exist between the environment and health, but also the need to approach such links in a systematic way. Biodiversity loss due to climate change refers to the decline or disappearance of biological diversity, which includes animals, plants and the entire ecosystem. As a consequence, the impact is strong and is felt in food supply and access to water resources. In this sense, the restoration of nature and nature-based solutions must represent effective and urgent actions to stop the loss of biodiversity and to ensure resilient ecosystems,” added the Minister of the Environment.

According to the organizers, this year’s theme of the event is “Europe’s position as the main agent of change against the triple planetary crisis – Climate change, loss of biodiversity and pollution”.

The conference takes place over two days and brings together leaders and experts from all over Europe: Austria, Finland, Germany, Luxembourg, Switzerland, Holland, France.