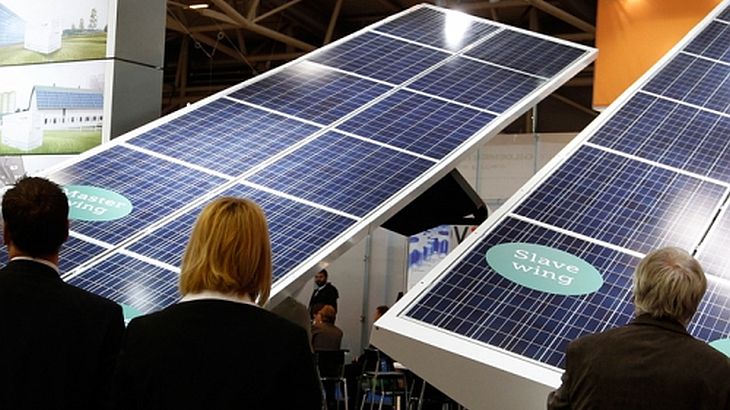 South Korean giant Samsung, a business of around 247 billion dollars, became the largest investor in solar parks in Romania after completing an investment of 100 million euros in Slobozia, Giurgiu County. Since the support scheme for renewable energy units was diminished, in the last three months were finalized 380 million euros worth of solar parks.

According to data published by Transelectrica, on 1.10.2013 the largest photovoltaic project in Romania has a functional capacity of 45 MW, its management being secured by LJG Green Energy Source Alpha. On average, for every megawatt produced in a solar park is required a surface that stretches between 2.3 and 2.5 ha (1 ha=10.000 square meters), so the whole project covers an area of approximately 112.5 ha. A football field, for example, has about 0,7 ha.

The costs for the solar park completed in Slobozia was 100 million euros, according to information provided by the law firm CMS Reich-Rohrwig Hainz, who assisted the developers of this investment, which now hold 22% of the project company. “CMS has provided legal advice for the largest photovoltaic project in Romania to date. CMS supported the Green Source developer and gave advice to the manufacturer and project developer LSG Group in 2012, when a Korean conglomerate acquired the majority in the photovoltaic park “, says a press release of CMS.

Informations about the interests of the giant Samsung manifested for the local energy market appeared for the first time late last year when Park Robyug, Korean ambassador for energy and resources from the Ministry of Foreign Affairs and Trade, said that the company analyzed at that time a series of solar projects.