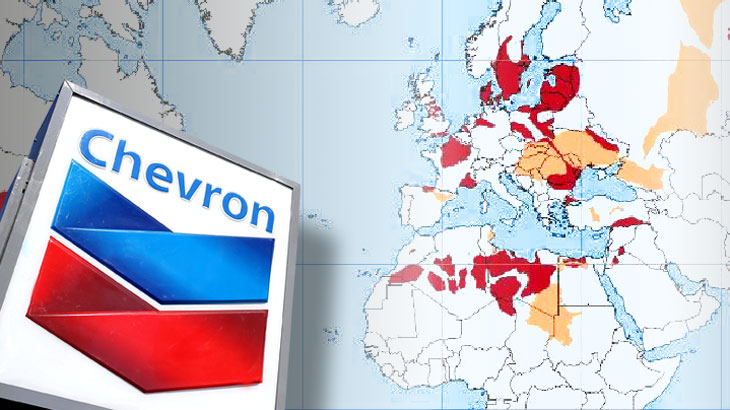 U.S. energy major Chevron has pulled out after winning a tender to explore for shale gas in Lithuania, blaming changes to laws which have made it less attractive.

Chevron was the only bidder to explore for unconventional hydrocarbons in the 1,800 square km Silute-Taurage prospect. The government picked it as a winner a month ago. Experts estimate the perimeter may contain technically recoverable reserves of up to 80 billion cubic meters of gas.

Lithuania called the shale gas exploration tender hoping to become less reliant on gas from Russia. The U.S. company said in a statement it blamed regulatory and legislative changes that came in after it placed the bid for exploration rights.

Significant changes to the fiscal, legislative and regulatory climate in Lithuania have substantially impacted the operational and commercial basis of the investment decision

“Significant changes to the fiscal, legislative and regulatory climate in Lithuania have substantially impacted the operational and commercial basis of the investment decision since the company submitted its bid in January 2013,” it said.

Lithuania’s Prime Minister Algirdas Butkevicius said in a statement he regretted Chevron’s decision, but admitted there was a lack of regulatory clarity.

“The parliament still debates various amendments, which could affect the use of hydrocarbons in our country. That means, that first of all we need to have a legal framework in place,” he said.

Chevron to stay in Lithuania, focus on existing field

Chevron said it will stay in Lithuania, focusing on exploration of conventional hydrocarbons at its existing Rietavas block. The company also said it remained “committed to exploring and evaluating investment opportunities in Central and Eastern Europe.”
Chevron, which has four concessions for shale gas exploration in neighboring Poland, said earlier it wanted more consultation with the Polish government on proposed draft amendments before they are adopted.

Exxon Mobil, Talisman and Marathon have pulled out of Polish shale gas, citing difficult geology and short-comings in the regulatory environment.

Last year the U.S. energy group Chevron won a tender to explore for shale gas block Olesska in western Ukraine. Days ago, a second regional council in Ukraine approved a government draft for a $10 billion shale gas production-sharing agreement with Chevron, clearing the way for it to be signed. Deputies in Lviv region voted by 66-to-3 in favor of the draft, which calls for shale exploration in the Olesska field in the west of the country. A council in the neighboring Ivano-Frankivsk region, whose approval was also necessary, backed the deal last month, after a rejection in August.

In January 2012, the government în Bulgaria cancelled an exploration permit for the unconventional energy source that it granted to U.S. energy major Chevron in June 2011. The permit allowed Chevron to prospect for shale gas at the 4,400-square-km Novi Pazar field for which initial estimates, based on similar rock formations, showed potential reserves of between 300 billion and 1 trillion cubic meters of shale gas.

In Romania, Chevron will soon start the first probe to explore shale gas

In Vaslui, Chevron Romania holds another three certificates for exploration to identify potential reserves of shale gas. For perimeters at Păltiniș (Băcești) and Popeni (Găgeşti) the company has environmental approval, while for the Puiești perimeter there is a procedure of environmental impact assessment undergoing in relation to the location of exploration wells.