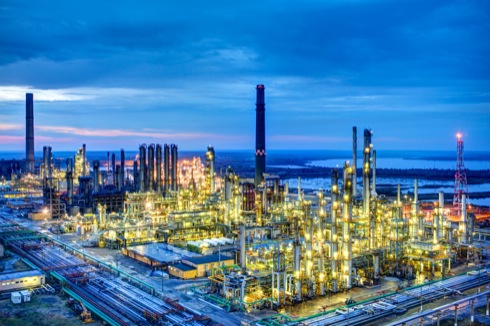 Rompetrol Rafinare, a member company of The Rompetrol Group, has completed the revamp of the coker unit within Petromidia Refinery, following an investment of about 53 million dollars. The first phase of the project was finished in 2010 and it meant the acquisition of technology permit and basic engineering documentation in partnership with ConocoPhilips, one of the liders of the international oil sector. The second phase consisted of, among others, the installation of a 100 tons C300 column of rapid discharge, the first of its kind in Romania. The special transport was secured by Romserv, Rompetrol Group general contractor.

With a capacity of 1.17 million tons per year, the coker unit will provide superior processing of the vacuum residue derived from vacuum distillation to obtain integrated products such as gas, gasoline, light gasoil, heavy gasoil and coke. She is part of a comprehensive investment plan underway since 2007 dedicated to Petromidia Refinery, which has as purpose the increase of refining capacity up to 5 million tons/year.

„Revamping the coker unit is a part of The Rompetrol Group’s and its Sole Shareholder KazMunayGas strategy related to the alignment of Petromidia Refinery’s technological processes and facilities to the European quality standards. Investments in technologies and environment on Petromidia platform increased for the last five years up to USD 600 million and the modernization coker project determined the achieving high technological flow performance by increasing its effectiveness”, said the General Director Sorin Graure.

Rompetrol Refining estimates show that the updating process determined an increase in safety and security of employees and installations, a 90% reduction of technological consumption, and an annually decrease of technological losses by 3 million dollars.

Rompetrol Rafinare recorded in 2012 a consolidated gross turnover of 4.6 billion dollars and an operating result of 76.8 million dollars, earnings before interest, taxes, depreciation, and amortization. The Company has reduced the net loss by 60% in the first quarter of 2013 as compared to the same period of 2011 and registered a net turnover of 728.4 million dollars during the first three months of this year.