Acasă » Oil&Gas » Consumers » Rompetrol Rafinare, increase by 27% of raw materials processed in the first half of 2018

Rompetrol Rafinare, increase by 27% of raw materials processed in the first half of 2018 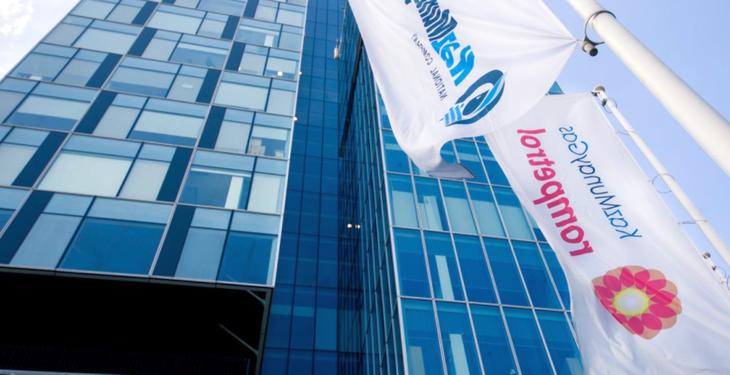 Rompetrol Rafinare, member of KMG International, recorded in the first half of this year an increase by more than 50% of gross turnover compared to the indicator reached during the same period 2017, up to a level of USD 2.6 billion, the company announced.

In the context of an increase by 27% of raw materials processed by its manufacturing units (Petromidia Navodari and Vega Ploiesti refineries, petrochemistry industry), the company reached during the 1st semester an operational result (EBITDA) of app. USD 86 million, by 49% more than the value corresponding to last year’s 1st semester.

In the same time, increase of volume of raw materials processed and of oil products sold, but also continuation of optimization of processing costs and of operational expenses allowed achievement, during January-June, of a net profit of USD 2.78 million, compared to the negative amount of USD 7 million achieved in 1st semester of 2017.

Results were also influenced by volatility of oil products, in a context where prices of raw materials – crude oil – increased by app. 36%, reaching, during 1st semester, the amount of USD 70 / barrel. At European level, refining margins reduced, during the first semester of this year, by more than 12% compared to the indicator corresponding to the similar period of 2017, in the context of a significant increase of crude oil largely in excess of the evolution of oil products.

Refining and petrochemistry divisions of Rompetrol Rafinare managed to increase by 34% quantities of oil products exported during the first half of this year, their value amounting to over USD 926 million (exceeding by app. 80% the indicator achieved during the 1st semester of 2017).

This company remained a major contributor to the Romanian state budget, paying in excess of USD 435 million in the second quarter of 2018 and over USD 769 million in the first semester of 2018.

The main shareholders of Rompetrol Rafinare SA are KMG International (54.63% – direct and indirect shareholding) and the Romanian State, through the Ministry of Energy (44.69%).

In the refining segment, this company achieved a gross turnover amounting to USD 2.24 billion during the first semester of this year, an increase by app. 60% compared to the same period of 2017. This increase was determined, mainly, by the high prices of crude oil and oil products.

In the same time, the operational result EBITDA increased by 82% compared to the indicator achieved in 1st semester of 2017, up to USD 76.7 million. The net result achieved by the refining segment during this year’s first half was positive, USD 17.5 million, compared to the negative value of USD 17.2 achieved in the similar period of 2017.

These financial results were supported by a 25% improvement of the gross refining margin of the refinery on the Black Sea shore up to a level of USD 49.6 / ton and by 27% of quantities of raw materials processed and of fuels sold, in the context of continuation of optimization programs for manufacturing processes and power (an increase of weight of white products in total finished products) and of improving operating costs efficiency – started in 2014 and currently ongoing.

In May, this company executed a series of recurring technological works (replacement and regeneration of catalysis, coke removal) in order to maintain plants of Petromidia refinery in optimum operating parameters, but also to assure quality of products achieved. Petromidia refinery processed, during the first half of this year, app. 3.1 million tons of raw materials, an increase by more than 27% compared to the level achieved in the same period of 2017.

Vega Ploiesti refinery processed a total quantity amounting to 194 thousand tons, which means an increase by 28% versus same period of last year. Currently, this refining is the most long-lived unit of this type in Romania, and it is the only domestic manufacturer of bitumen and hexane.

During this year’s first half, Petromidia refinery achieved app. 2.42 million tons of fuels, of which more than 64% were diesel fuels and special aviation fuel – jet.

The petrochemistry division achieved, during the first semester of this year, a turnover of USD 114.3 million, an increase by over 43% compared to the level recorded in the similar period of 2017. Currently, this is the only manufacturer of polymers in Romania.

In the context of difficult petrochemical market context with low margins, the operating result (EBITDA) was negative, of app. USD 8.8 million. In the same time, the net result was also negative, of USD 19 million.

The investment budget allocated to the petrochemical segment for this year amounts to app. USD 6.8 million, and it covers projects for development of specific activities, statutory investments and capital maintenance works.

This company completed, during the 1st semester, overhaul and testing works on high density polyethylene (HDPE) plant (checks / modernization of equipment, authorizations, etc.) and intends to re-startup the plant during the next period, based on the market conditions.

Projects completed during the first half of this year also includes those destined to the polypropylene plant, to improve mechanical availability, but also to sustain daily production at 260-270 tons for the entire 2018.

They are supplemented by the project destined to the low density polyethylene (LDPE) plant, which allows a significant reduction of accidental downtimes. In 2017, this company allocated app. USD 1.2 million for construction of an adjacent unit, which provides full recovery of fine polymer filaments, referred to as “angel hair”.

Total polymers production in the first semester of 2018 increased by 26% compared to the period of January-June last year, up to a level of 81.6 thousand tons.

The distribution segment achieved, during January-June, an increase by 38% of the gross turnover compared to the 1st semester of 2017, in the context of an improvement by 12% of quantities of duels sold on domestic market (gasolines, diesels, liquefied petroleum gas).

During this year’s first half, the domestic demand of fuels was affected both by severe weather conditions during the first quarter, and by overall economic conditions (additional excise duties on fuels – transporters, exchange rate / inflation, domestic and international evolution of prices). In agreement with domestic projections, the internal market showed an increase of volumes by app. 2% during the first half of this year.

Thus, Rompetrol Downstream achieved an increase by 12% of quantities of fuels sold, from 1.03 million tons in the 1st semester of 2017 to 1.15 million tons in the first semester of this year. In the retail segment, this company achieved a 3% increase in volumes, this evolution being supported by the impact of rebranding program for Rompetrol stations, continuation of programs intended for optimization and decrease of operating costs, and also by the opening of 2 new stations in Bacau and Baia Mare.

The wholesale segment extended its presence, since the start of this year, by 62 new internal units of 9 and 20 cubic meters, total quantities sold in this channel increasing by 11% in the 1st semester of 2018 compared to last year’s similar period.

At the end of June 2018, the distribution segment of Rompetrol Downstream included 869 trade facilities (own stations, partner stations, express stations, internal facilities), an increase by 80 units compared to June 2017.