Romania must find alternatives to the reserves exhaustion – ROPEPCA 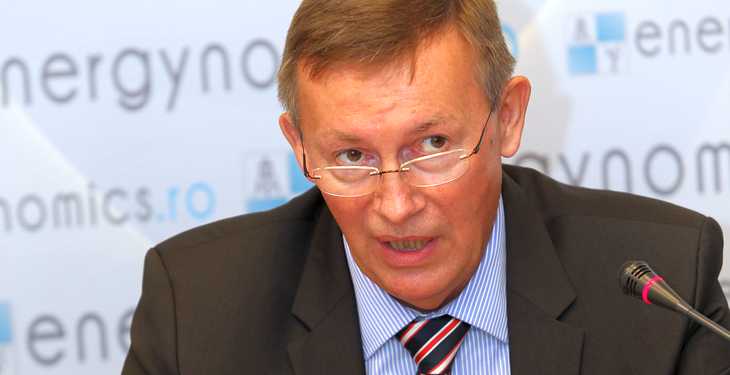 The proven reserves of gas in Romania will be exhausted in the next nine years, while those of oil in 12 years, if no investments will be made for new discoveries of hydrocarbons, said Artur Stratan, President of the Romanian Petroleum Exploration and Production Companies Association (ROPEPCA) in the press conference organized by energynomics.ro to launch the 2016 Energy Strategy Summit report.

“The degree of depletion of the oil resources is 90%. We still have the ability to produce hydrocarbons in Romania only for a limited period, respectively 12 years for oil and 9 years for natural gas. This is the period of time for which the proven reserves in the onshore will last without investments,” said Stratan.

He mentioned that in the last two years, the low price of oil has put a strain on investments in the oil sector.

“Most of the investments were canceled in the last two years, and this will be reflected by the production levels, that will continue to decline. The state recognizes this. While so far Romania was a safe country in terms of energy, it will have to import larger and larger quantities. So instead of subsidizing the market in Romania, we subsidize the industries in other countries. Without these incentives, the domestic industry is doomed in the shortest time,” said the ROPEPCA official.

Regarding the energy strategy that the Ministry of Energy is working on at the moment, Stratan said that the document finally speaks of the fiscal framework for the oil sector and starts separating the exploitation in onshore and offshore, at small or deep depths, distinction which should be reflected in the fiscal framework.

“If the oil price pressure will remain, you will see many marginal deposits which will be returned to the state, and the state will have nothing to do with them. The key to ensuring the continuity of these deposits is to change the tax system and the provisions of the fiscal incentives to continue their operation in a economical feasible manner,”continued Stratan.

Regarding the future royalty regime, industry representatives have had discussions in the past two months with the Ministry of Finance, but everything was locked with the departure of the Secretary of State in charge of this sector. Such talks would have to be resumed from the start once a new Government will be installed, and this might lead to the situation that a new fiscal regime to be applied at the earliest on January 1st, 2018.

“The solution is to wait for the elections, and the process will be reinitiated in early 2017 with completion in mid or the end of 2017,” said Stratan.

He also said that the reform of the National Agency for Mineral Resources (NAMR) is necessary, and this includes employing more experts, creation of a digital database and desecretising the information on the resources that exist in the Romanian underground.

The ROPEPCA official spoke about higher gas imports in this period, which increased by 400% compared to last year, whereas import gas became cheaper.

“The cost of production in Romania is quite high, somewhere between 16 and 18 dollars per barrel of crude, so we cannot lower the final price. At the same time, let’s not forget that Gazprom produces an amount equal to the entire Romanian oil and gas production, from maximum ten wells in Siberia, so the operating costs can be kept under control,”said Stratan.

previousMinistry of Economy: Energy efficiency to grow by 0.55 mln. toe
nextBRM and Keler CCP took the first steps for clearing services on the Romanian gas market