Romania and Bulgaria should cooperate on power, gas and offshore wind projects 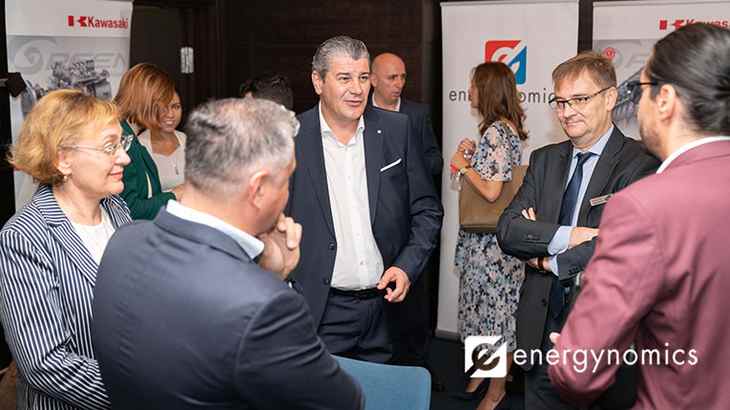 Romania and Bulgaria should cooperate in finding alternative suppliers of oil and gas in the context of war and Russia cutting the gas supply to Europe and also in investing in an offshore wind farm in the Black Sea near the Bulgarian city of Shabla, according to Mihai Daraban, president of the Romanian Chamber of Commerce and Industry – CCIR.

“Due to their geographical position, the two countries could act as a bridge between EU and Central Asia, especially to the Caspian countries of Azerbaijan, Kazakhstan and Turkmenistan which hold around 6.8% of the world’s proven gas reserves. We have to keep in mind that some years ago Turkmenistan offered to provide Europe with 30 billion cubic meters of gas per year, but nobody in the European Commission ever answered”, Daraban stated, in a recorded message for the conference “Regional Approach Sofia – Energy Goes Both Ways”, organized by Energynomics.

Therefore, the governments of the two countries should be more committed to completing the strategic infrastructure projects which are crucial for the progress of Romania’s and Bulgaria’s economies such as BRUA, the Southern gas corridor, and the interconnection of the electricity networks between Romania, Bulgaria, and Turkey.

Romania is not as dependent on Russian fossil fuels as other European countries but imports still count for one-third of the energy consumption. Also, Romania is now the second largest EU gas producer after the Netherlands and it could become the first if the Black Sea resources will be exploited.

“In this sense, there has to be considered a predictable and stable legislation necessary to attract investors and to ensure the economic viability of the Black Sea reserves”, Daraban added.

previousKawasaki: Hydrogen is the main fuel of the future
nextLED luminaries will represent 90% of the lighting market by 2030