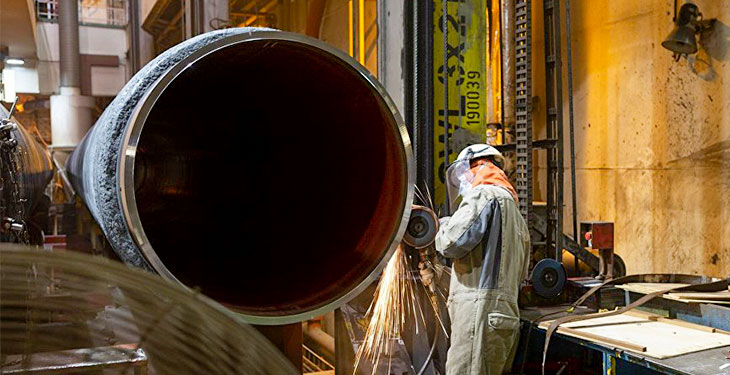 “We have permission from the Danish Energy Agency to start works on Friday. But that does not mean we will actually resume pipeline placement on Friday,” the spokesman said.

The remarks come days after Reuters revealed that the US State Department had recently warned European companies that it suspected that were helping Russia build the Nord Stream 2 pipeline that they risk taking sanctions. “We are trying to inform companies about the risk and urge them to withdraw before it is too late,” a U.S. government source said on condition of anonymity, according to Agerpres.

According to the American source, the State Department is expected to issue a report by Thursday or Friday about the companies that it believes are helping to build the pipeline that starts in Russia and reaches Germany. Companies that could be mentioned in the report include insurance companies, those that help install the submarine pipeline or those that check construction equipment, the source said.

In parallel, the German Maritime Authority (BSH) agreed on Friday that works on the Nord Stream 2 pipeline could be resumed immediately. In a press release, BSH said it had approved the building vessel’s request for laying out pipelines in the German economic zone from late September to late May, reconsidering a previous decision that stated that work could only begin in May.

However, the local press in Germany states that it is still possible that the construction works will be delayed by the legal actions of the environmental organizations because the remaining part of the North Stream 2 pipeline will be passing through a natural protected area for birds.

previousRomania’s final electricity consumption fell by 4% in the first 11 months of last year
nextG. Dumitraşcu: Nicușor Dan did not present a feasibility study for the acquisition of ELCEN