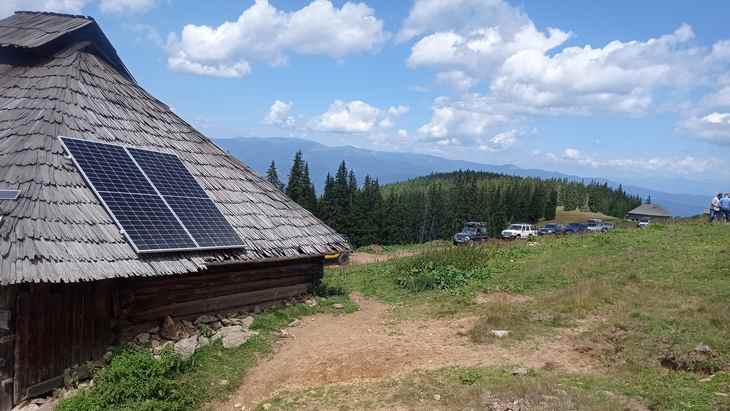 Photovoltaic panels are already a well-known reality in the mountainous part of Vâlcea County. From Vaideeni up to Vârful lui Roman and beyond, in the alpine areas, almost every house, small or large, has already installed solar energy production systems. The main reason for this is the absence of an electricity grid.

For some years now, photovoltaic panels have been added to fossil fuel-fired electricity generators in wealthier households. When financial resources are less, solar may not be an option even when it is the only one. This is the case for mountain huts, which are used only a few months of the year; in the Căpățânii Mountains we are talking about 4-5 months, from May to September, during which time rudimentary, cramped, superficially insulated and uncomfortable huts can be inhabited.

The Intelligent Energy Association estimates that more than 40% of the mountaintop sheepfolds have been abandoned, which endangers shepherding, one of the defining traditions of the Romanian people. The lack of access roads and the harsh living conditions in these areas have caused those who live and work here to abandon this traditional occupation. Launched in May this year by the Intelligent Energy Association, the “Traditional Romania with Clean Energy” project aims to preserve Romanian traditions, while supporting modern technologies to produce clean energy. 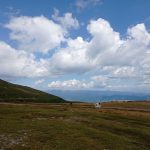 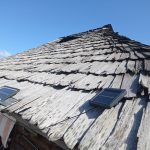 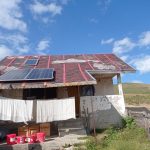 Herding has allowed the emergence and survival of human communities that breed animals (sheep, goats, cows) and the formation of strong social bonds that have generated local, regional and national identity. “The meadows in the Romanian mountains, with their quality forage flora, are the result of a process of constant grazing over the centuries. This has been achieved with effort, over time, and can disappear in a few decades through undergrazing, a phenomenon that favours ‘re-wilding’ of the pastures through the appearance of unwanted herbaceous vegetation and woody vegetation that will lead to afforestation”, says Dumitru Chisăliță, president of the Intelligent Energy Association. The “Traditional Romania with Clean Energy” project will contribute to preserving the national identity using clean energy. “Rehabilitating the access roads, over 60 km of road on the ridge area, to the stables in the Căpățânii Mountains, the only mountain massif where mountain shepherd villages are still populated, and installing photovoltaic panels in the stables will enable those who still practice shepherding in these areas to continue their activity and to value their products. At the same time, the repair of roads in the area will facilitate access for visitors and gradually revive tourist activities,” believes Dumitru Chisăliță.

Ten huts located in the Căpățânii Mountains now have electricity due to a pilot project carried out with the support of the Vâlcea Mountain Rescue, the Vrancea 4×4 Community and the Oil and Gas Employers Federation. Căpățâna, Ursu Vârf, Ursu Canton, Ursulețu, Balota, Milescu, Cășăria, Dârjiu, Cocora 1 and Cocora 2 now have access to clean energy.

Photovoltaic systems are easy to set up, with a team of 5 people installing 4 panels and the electrical installation (cables, connectors, inverter, batteries, light fittings, sockets, switches) in just a few hours. The initial cost is relatively low, but more important is the running cost, which is almost zero over its lifetime compared to a diesel generator. Even more significantly, such a system is simple to use, which makes a huge difference if we are talking about huts mainly used by women and children, as is the case in the Căpățânii massif.

Environmentally friendly, photovoltaic systems protect an ecosystem otherwise doomed to extinction, by providing minimal comfort (interior lighting, radio, TV) and added safety (outside lighting at night, for deterring wild animals, too). “The panels help us a lot because we have light, we can use the milking machine, we will have an easier job now that we have electricity at the sheepfold”, said one of the beneficiaries of the “Traditional Romania with Clean Energy” project. “I think we are the last generation that will do this, children are not interested”, another told us. 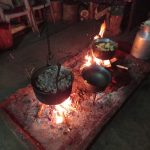 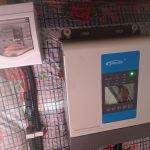 previousRomanian PM welcomes EC approval of hydrogen aid scheme
nextUSR: Instead of the compensation scheme, solar panels could have been subsidized