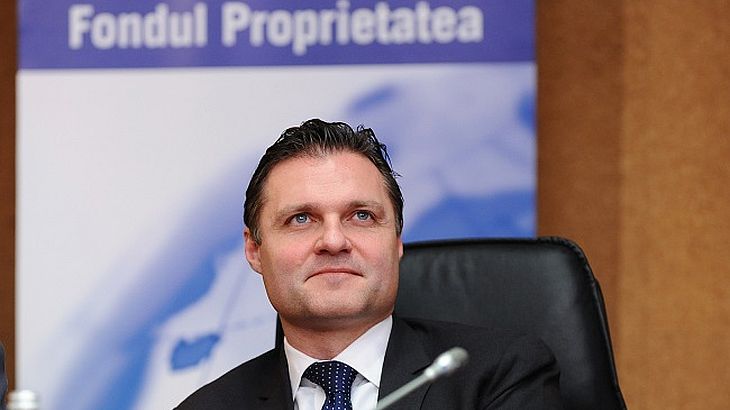 The Hidroelectrica listing will be carried out the most certain next year, after it comes out of insolvency, and as for the Oltenia Energetic Complex, although a postponement till October has been announced, there are still many other things waiting to be solved, since the company is not restructured, states the FP manager, Greg Konieczny, cited by Mediafax.

“At Hidroelectrica, the insolvency will be completed considering the best scenario before the end of the year. The listing will take place most certain in 2015, judging from the current situation. Some bad news for listings, but Mr. Borza is there again and goes on with the restructuring and appointing private professional managers, which is a favourable fact for the company”, stated Konieczny.

Mister Borza is there again and goes on with restructuring

The state company Hidroelectrica re-entered in insolvency in the month of February, after passing through such a procedure during the period June 2010- June 2013.

Ştefan Frangulea, a former director within BCR, has been recently employed by the official receiver of Hidroelectrica in order to coordinate the sale process of the 123 micro-hydro plants included in the company’s portofolio and to list on the Stock Exchange 15% of the company’s share capital.

The FMI (the International Monetary Fund) agreement stipulates the launch of initial public offers by the end of June for 15% of the state’s shares at Hidroelectrica and the Oltenia Energetic Complex.

The listing of the Oltenia Energetic Complex is under question

The Property Fund representative showed that the most serious problems are found at the Oltenia Energetic Complex, where restructuring hasn’t taken place, besides, the staff rose to 18.850 employees, from 18.700.

According to Konieczny, CE Oltenia is to reduce the expenditures related to generation by about 30%.

“The issuing was planned for June and was put off for the second part of the year, but there are still many questions left unanswered (….) If we don’t have an IPO at Oltenia this year, then 2015 will be even more questionable”, stated FP manager.

He showed that, despite some incomes that reached 4.2 billion lei, the company posted losses last year.

Consequently, FP decreased, over the last year and a half, the value of the portofolio owned at CE Oltenia by 70%.