Producers require urgent measures to save the renewable industry 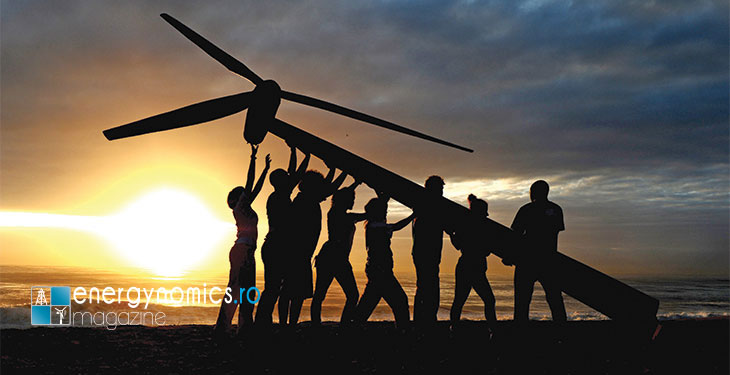 Renewable energy producers are in a state of clinical death. The personal experience of most of us, who work in this field, confirm every day the synthetic industry-wide figures. Independent studies recently conducted show that in the current conditions any idea of profit for the renewable sector is excluded. There are solutions, and they consist of correcting the elements of the support scheme, in order to ensure a reasonable balance between electricity producers from renewable sources and end-consumers.

Associations representing investors in renewable energy in Romania – RWEA, PATRES, RPIA and ARmHE met in October with representatives of the Ministry of Energy and ANRE. We presented the results of two independent studies conducted by POYRY and one of the four large consulting companies in Romania. Analyzes clearly show and support with figures the fact that the current support mechanism has become unsustainable for the existing investments, with legislative and regulatory changes brought in 2014 and 2015.

Specifically, currently only around two thirds of green certificates (GC) issued are traded, all at the minimum price. 2014 meant net financial losses of RON 2,1bn in the wind industry. The value of assets fell by RON 1.5bn, following the dramatic decline in revenues in 2014, and equity plunged 30% in a single year. The rate of return for investments in a wind park fell below 1% and continues to fall.

The same situation is valid today for all production technologies in the renewable sector. Two wind parks have entered into insolvency and similar situations will occur increasingly often and they will be more and more important next year. It will massively affect both the banking system and the rest of the economy.

Results in figures reflect the disastrous situation of renewable energy producers. It was proven again that the new methodology for calculating the RES-E quota is opaque, complex, unpredictable and uses a “circular” type formula, with discretionary elements, making it impossible to develop a market scenario, and, respectively, any coherent business plan.

Prospects for the future are even bleaker. The support scheme, which includes the exemption of large energy consumers, but also potential additional capacities of electricity production supported by feed-in-tariff for small producers, comes with new risks of worsening the situation.

We have repeatedly explained to authorities the current situation. At the same time, we presented viable and sustainable solutions to maintain renewable energy producers in the current context of Romania, as state naturally gifted with all necessary resources to ensure a balanced, independent and stable energy mix, in terms of energy security. Thus, we identified the elements of the support scheme that require correction, in order to ensure a reasonable balance between electricity producers from renewable sources and end-consumers.

The full version of this article can be read in printed edition of energynomics.ro Magazine, issued on December 2015.