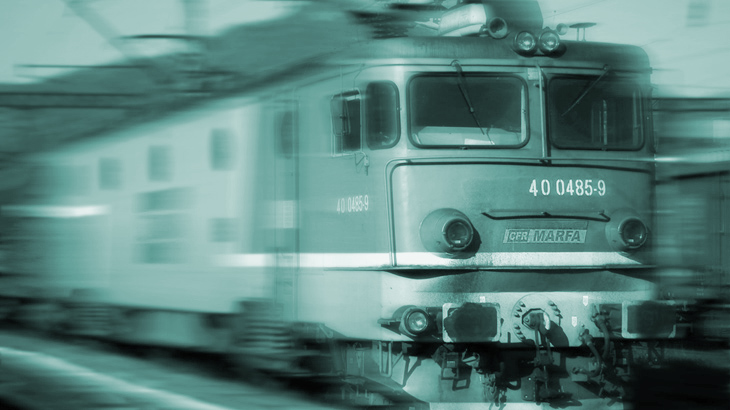 The strategic importance of CFR Marfă should be treated by disposing once and for all of old conceptions about classic war and total war, about how to prepare the defense of your territory and population, etc. During Stalin’s tenure it was important to increase the railways gauge inwards. Now such measures have no effect and no sens. The 2nd World War gave many examples about that. On European soil, troop transport by rail was vulnerable, but back then there where no other safer ways.

Looking inside the concept of “war of the people” was ridiculous to see how in Romania locomotives and wagons are left to rust in different abandonned railway stations, or left near some boarding ramps. These components were named „reserves for mobilization.” In the modern conception, reserves for mobilization means mainly various types of fuel, food, medicines, and above all, energy. Certainly, protection of energy infrastructure and ensuring energy in times of peace and war is critical to the security of a state.

In modern warfare, troop transport by rail is a major vulnerability against not only terrorism but also special forces operating in deep enemy territory. And, regarding ways to destroy a railway, now one it even doesn’t need to send commando units. Even a teenager can deactivate the transport infrastructure on a section of the track, a fact that is more important than what is CFR Marfă.

So, when we talk about modern warfare, we must clarify in what forms of fighting operations, in general, could the military actions of Romania might be draw, in relation cu types of risks and possible threats, extracted from the full spectrum. Specifically, Romania could be engaged in a form of classical war? In this case, the railways have some importance, not for the troops, but for population evacuations, an action protected by international law, at least in theory. Genocide is fashionable.

Transport infrastructure for freight and army troops by rail has lost its importance relative to other means which develop continuously.

In my opinion, a direct military action on a NATO or EU member state will be a hazard to a potential enemy. But such an enemy, most likely, will take care to compromise its oponent so severely through artful political, economic and subversive forms with the support of influential inside agents and possible defamation action from the interior until the credibility as a member of NATO or the EU is questioned and the Allied reaction is delayed. For example, see the EU response to the decision notice on France’s intervention in Mali. In addition, the ideological divide of the Security Council of the UN Security has been and will be for a long time an „effective” political measure.

For civilians, making creepy scenarios is a disease, but in the military this was turned into a profession and a necessary skill. We say that a new war never begins with the forms that the previous one ended. I made these broader remarks because politicians think that NATO and the EU solves everything. Note that not all potential enemies of Romania are enemies for EU and NATO as well. Romania is not in the possition to take big decision, but only to approve them. And you reap what you sow.

More to the point, the rail infrastructure for military and freight transport has lost its importance not only in Romania, compared to other methods that continuously develops in terms of capacity, speed, diversity of route, handling during travel, opportunities and safety, especially in wartime.

Nobody can afford to have a pool of wagons, say platform type, to transport military equipment.

In my opinion, it’s useless to discuss the appropriateness of privatization of companies in the field of rail transport in terms from a national security point of view and in terms of defending the country. It is possible that the privatization of CFR Marfă, strictly from the spirit of preservation and fear, to contain a secret annex with some provisions for war situation. But again, it’s useless.

Do not forget that only the Parliament can declare a state of war . Therefore, nobody can prevent nationalization of rail, sea, river, information systems and data transmission, energy infrastructure and distribution etc., partially or totally. We find we cling even to the privatization of CFR Marfă! That means wagons with specialized carrying structure by freight types and a fleet of locomotives.

The state or any another owner cannot afford to have a pool of wagons in a type of platform to transport military equipment. As I said, the world should be informed about what kind of war our territory might be subjected to, in the short and medium term. To satisfy conservatives, a well revised Constitution can solve by a stroke of pen the a need to return to state possesion, if necessary.