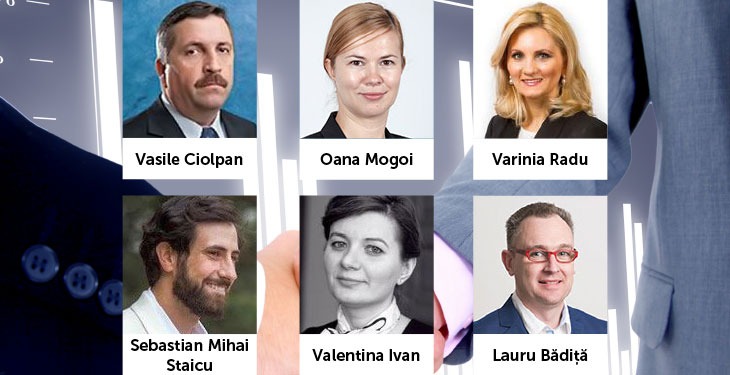 On July 15, Energynomics organized the ONLINE conference dedicated to new energy investments based on power purchase agreements (PPAs). The six guest speakers covered the entire range of interests and expertise – legal (CMS) and financial (ING Bank and BCR), but also the producers’ segment (Romgaz, Photon Energy, EnerCap Capital Partners). After the initial presentations, where the present state of play in Romania was covered, for more than 30 minutes the speakers have been answering the questions launched by some dozens of the 220 people registered in the online platform MyConnector. The event was supported by CMS, BCR, ING Bank, Photon Energy and Tinmar.

A few years ago, following the development of renewable parks, Romgaz noticed the need for the energy system to balance production. “We considered it best to be a counterpart to this production, to provide balancing services in those intervals when there is no production,” said Vasile Ciolpan, Director of the Energy Sales Department, Romgaz.

“Gas-fired power plants have the ability to follow the load to a certain extent. Romgaz wants to further develop this concept in order to increase its presence in the balancing market. But not only that, we are also interested in constant power delivery or dedicated delivery. However, when talking about investments, one has to keep in mind they are long-term projects, and the risks of the investment must be mitigated or kept under control. Thus, the producer and the supplier must have a long-term contract, which is advantageous or at least based on mutual benefits for the two partners. Our investment concept considers this contract, moreover, we even consider partnerships that support the investment, contribute to its realization and be for the benefit of the consumer who is also part of the project. We aim at investments dedicated to large industrial consumers, a form of association or a separate company in which the consumer is also a party – for transparency, risk sharing and project development”, said Ciolpan.

In the last eight years, starting with the summer of 2012, after the Energy Law banned the signing of PPAs (bilateral contracts for the sale-purchase of electricity), attempts were made and some ways have been found to restore the market. However, these methods came into conflict with the Energy Law and created legislative uncertainty which impacted the investment sentiment and the appetite of the banks”, says Oana Mogoi, Sector Head Utilities & Natural Resources, ING Bank Romania.

“Eight years after July 2012, it seems that things will change, but not in a very different way. I am interested in this subject and I feel that we are lost in the legislative chaos. We have the Energy Law, we have the European regulations applicable from January 2020, we have Ordinance 74 that conflicts with European regulations, as they do not distinguish between existing and new projects – and here a question arises: what will happen to existing projects? There are many investors who were stuck with their capital in these projects, as they lack, practically, the possibility to sign such contracts”, Oana Mogoi pointed out.

“We also need to understand why a bank asks for this type of contract in the financing structure. First of all, most of the time we are dealing with greenfield investments or companies whose main purpose is the production and sale of electricity, with a single source of income and, implicitly, a single source of covering the repayment of bank loans – that is why mechanisms for stabilization of future cash flows are needed. One of them is by fixing the revenues, by ensuring the sale of the entire production at a predetermined price, and this is possible by concluding PPAs. What other elements related to this contract are in the attention of the banks? First of all, we are talking about the counterparty risk, respectively the quality of the buyer, which must be analyzed before accessing the financing. This is one of the main problems brought about by the constraints of the Energy Law – the impossibility of signing a contract before a project is operational, as well as the risk of working with a counterparty which is not bankable.

We also analyze the contractual clauses in these agreements, respectively the validity period, which must cover the financing period, the unilateral termination clauses and the existing penalties / compensations in case a party does not comply with its contractual obligations. It remains to be seen how all these legislative inconsistencies will be solved, but I am optimistic as things seem to be moving in the right direction in order to encourage investment in this sector”, said Oana Mogoi.

Bilateral contracts and the financing of new energy projects are increasingly back on the public agenda, as in recent years there has been more and more talk about transforming and reconfiguring Romania’s energy mix, in the context of new decarbonization targets set at European level, said Varinia Radu, Head of Energy Romania, CEE deputy head of EPC, CMS.

“We are also talking about the need for new financing because of the objective for renewable share recently assumed by Romania, of 30.7% by 2030, but also because the support scheme based on green certificates ended in 2016. In this context , we must also take into account the new European legislation: the Regulation on the common electricity market, Regulation 943 and the European Directive 944, which will enter into force next year”, said Varinia Radu.

PPA-type bilateral contracts are concluded by producers with various categories of buyers: utilities and traders who want to secure a quota of renewables in their portfolio for a long-term, large electricity-consuming corporations, who want to secure their energy in long-term sustainable development, or heavy industry entities that want to ensure a clear long-term graph of energy costs.

“We welcome the messages from the Regulatory Authority (ANRE) and the Ministry of Economy, Energy and Business Environment (MEEMA) in this regard. Ordinance 74 came to explicitly clarify and encourage this type of contract, only for projects that will be operational starting from June 2020. The ordinance is in the process of legislative adoption and we hope that this clause will remain in the final form of the law – be it that it will be applicable for all generation capacities projects, or not”, pointed out Varinia Radu.

Staicu, BCR: We are heading for a new period of investment

The economic and political context at European level is favorable; an important point to mention is the fact that the depreciation, in the case of new renewable projects, takes place for an energy price of about 50-60 euro / MWh. “In this case, the projects no longer need a subsidy – they make economic sense without it. We were in the position to see such projects in 2019 already – few, but they existed. The economic context favors new investments… I am confident that we are heading for a new period of investments in renewable capacities”, said Sebastian Mihai Staicu, Project Finance Manager, BCR.

“A multitude of PPA variants have been created. There is the classic PPA, the merchant PPA, between a producer and an energy supplier, which was available in the market until 2014, and is now possible for small producers, under 3 MW. With GEO 74, this Merchant PPA is again possible, the difference compared to a Corporate PPA being that the latter is concluded directly between a producer and a final consumer. We are waiting to see how the law comes out of the Parliament “.

EnerCap Capital Partners has invested in approximately 500 MW renewable projects in Europe – solar and wind – in countries such as Poland, the Czech Republic, Croatia and Romania.

“We have invested in these projects with the support of the EBRD and the EIB, but also in partnerships with f some commercial banks”, said Valentina Ivan, Director, Energy Investment Policy, EnerCap Capital Partners. “EnerCap manages the full life cycle of a project, which is a strength of ours. We have extensive experience in such projects, because we are involved in all aspects, from development, networking, equipment procurement, construction, financing, bilateral contracts and asset management. ”

In Romania, EnerCap owns an 80 MW wind farm, an investment made in 2012 and awarded by the EBRD for the Project Finance project of the year.

“We have to take into account the fact that PPAs are only the last piece of the puzzle when considering a renewable project in Romania. Many conditions have to be aligned, it is a process that is often frustrating and painful. In Romania there are problems from securing the land, to the risks of representation and to the authorization. Compared to other countries, in Romania it takes us almost twice as long to obtain permits and authorizations. Network access and grid connection are cumbersome administrative processes, which take much longer than in other European countries, and involve higher costs – most of the time you have to pay for network strengthening or other expenses imposed by distributors or Transelectrica. The cost of balancing is, once again, very high in Romania, it is almost double compared to other European countries. I hope that, with new regulations this fall and next year, these expenses will be reduced”, she added.

Lauru Bădiță, Photon Energy: We are here for new investments, waiting for the legislation to be clarified

Investors in renewables can enter production now, at least in solar parks, without needing any subsidy, but they need bilateral contracts and clarification of the legislative situation, said Lauru Bădiță, Country Manager Romania, Photon Energy.

“From the investor’s point of view – as we are, interested in developing new solar energy projects – PPA contracts are a very good and efficient tool when discuss with the financiers. We are in a very good position in 2020, when energy production reached grid parity. In the last 10 years, the price of panels has decreased by almost 90%, somewhere at 0.2 eurocents per W, and investment costs per MW from solar are at 500,000 euros. At the same time, the support schemes ended, in general, there are a few more contracts for difference in the countries of the European Union, but, legally, all the energy produced can be sold on the market, either on the centralized markets or through PPAs. Moreover, following the decline in energy prices in recent years, the prices has returned to a level encouraging new investments in renewables”, said Lauru Bădiță.

“As about our well-maintained solar parks, we can speak of a life cycle of 30 years, comparable to the life cycle of a building. If the technology and lifetime maintenance of a solar park are taken into account, it is a safe investment – with the corresponding price fluctuations. Both corporate PPA and virtual PPA can be implemented in our country. We are here, and while waiting for the clarification of the last legislative aspects in Ordinance 74 – we will continue to invest in renewable energy”, he added.

The conference “Energy investments through PPAs” was organized by Energynomics with the support of our partners CMS, BCR, ING Bank, Photon Energy and Tinmar. 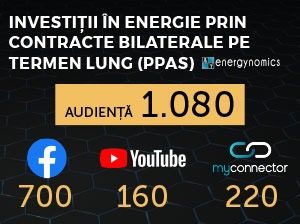