Acasă » Renewables » Popescu: Romania and Bulgaria sign the cross-border cooperation in the field of renewables

Popescu: Romania and Bulgaria sign the cross-border cooperation in the field of renewables 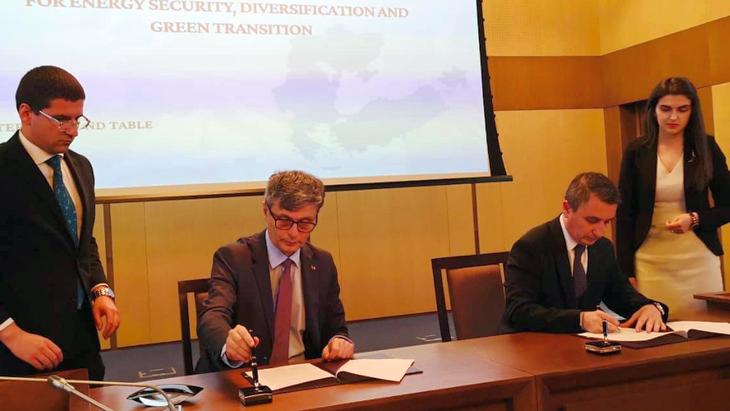 “Together with Minister Alexander Nikolov I signed today the Bulgaria-Romania Declaration of Support for the Cross-Border Renewable Generation Deployment (BG-RO Cross-ReGen) project. The document states that the Romanian Ministry of Energy and the Bulgarian Ministry of Energy will cooperate in the of accelerated development and cross – border integration of the increased potential for renewable energy production, identified in the regions of northern Bulgaria and southern Romania,” wrote Virgil Popescu on his Facebook page.

He stressed that under the auspices of the Summit of the Three Seas Initiative, which took place in Sofia in July 2021, talks were launched on strengthening bilateral cooperation through cross-border renewable energy generation projects, which are now materializing in this collaboration.

Thus, Transmission System Operators (TSOs), ESO EAD and Transelectrica, which are part of the EU Internal Electricity Market (EMI) and the European Network of Transmission System Operators for Electricity (ENTSO-E), will collaborate to put into operation and operate the appropriate infrastructure for the transport of energy from renewable sources.

“Also, the signing of the Declaration of Support with the neighboring country highlights the strengthened partnership between Romania and Bulgaria at the political and economic level. Both Romania and Bulgaria, as strategic partners and neighboring states, share several common interests, especially in the sector of energy,” the minister pointed out.