Acasă » Past Events » energynomics.ro Past Events » Petre Stroe, MET: Suppliers are affected not only by the financial, but also by legislative pressures

Petre Stroe, MET: Suppliers are affected not only by the financial, but also by legislative pressures 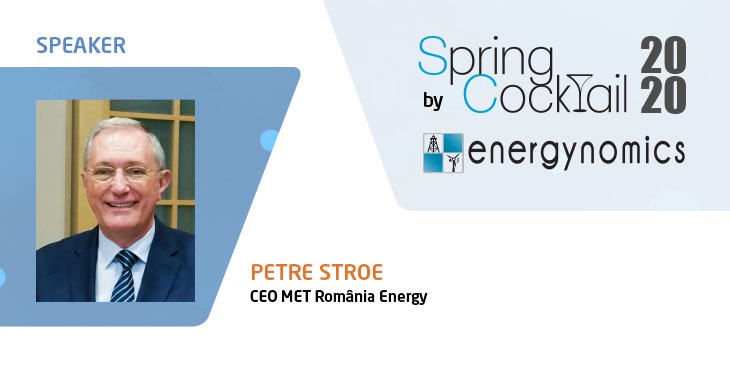 The safety of the employees and safeguarding the remote work process were achieved by MET in just one week, says Petre Stroe, general manager MET Romania Energy, at the Spring Cocktail 2020 online video conference organized by Energynomics.

“MET has started the digitalization process since last year, and the crisis has caught us when it was already finished by 75%, but we have seen the benefits in just a few days. As also are balance responsible party, covering not only the supply part, but also adapting to consumption that changes from day to day, especially for medium and large consumers,” said Stroe.

“The results we had during the period March-April, in terms of performance, do not differ at all from the period before the crisis,” he said.

On the other hand, Petre Stroe argues that suppliers are affected by both financial and legislative pressures.

The crisis led to a reduction in consumption, and MET had to sell the surplus of energy with a loss of about 100 lei per MWh, from a purchase price of 250-270 lei per MWh. “The impact was immediate, obviously this loss can no longer be recovered, we took it.”

The general manager of MET Romania Energy also referred to the competition between suppliers, in which there is no place of solidarity. “In respect to solidarity between suppliers, it does not exist, because we have to focus on consumers, we have to be flexible when prices decrease. I consider it is not normal that other suppliers, which obviously do not buy all the energy they need at the beginning of the contracts, so they stay with open positions – in the same way they acted in winter 2017, which led to a small disaster, culminating in bankruptcies – such suppliers do not buy the energy in advance – and obviously they attack the portfolios of other suppliers”, said Stroe.

The market should have maintained the stability of the contracts, given the provisions of the military ordinances. “These attacks, which are upsetting the market, bring nothing good,” he said.

Petre Stroe mention yet another big wish of his related to the political environment: “I have to admit that the regulator was a real partner – but not the same thing happened with the political side. Before launching a law on the market a consultation is much needed,” added Stroe.

“We have to watch carefully the market, but I don’t think we should [be forced] to be careful also to the legislative side. The supplier is the one who receives money from consumers and pays all along the carrier, the distributor and the producer. The supplier is not an intermediary, but a factor to ensure a great deal of balance, both financially and technically, between the parties operating in the market”.

previousIohannis talks about gradual easing of the measures of economic restriction and movement of people from May 15
nextNicolescu: The oil industry could be helped by giving up bioethanol imports for a while