The energy industry is an attractive area in terms of career, for professionals at all levels of expertise. Career development opportunities are numerous, and most of those who leave a power company, remain in the industry or retire. Successful companies are those that maintain these long term partnerships with employees by offering them both financial rewards and interesting work environments and the prospect of a comfortable period along with the retirement.

These are some of the central ideas set out in the Energy Breakfast Club from October 21st – People of energy, event organized by energynomics.ro with the support of its partners: BCR Pensii, LeasePlan, Ridgid, Sarto, SGS Romania, Sixt New Kopel. 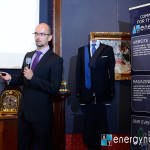 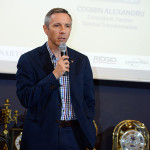 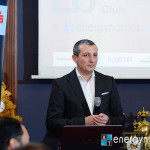 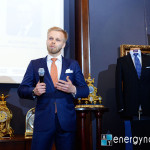 Lucian Anghel, BCR Pensii General Manager and President of the Bucharest Stock Exchange opened the series of speeches with a warning: Romania is getting old. The demographic trends are unequivocal – with each passing year, the difference between the percentage of employees in the economy, namely the pensioners, is changing, which has as effect the increasing of the pressure on the public pension budget. “2015 marked the moment when the elderly population (65 years and older) exceeded the share of the young population (0 – 14)”, said Lucian Anghel, who explained how in 20 years, the private pensions can make the difference between survival and a decent living. Specifically, the private pension is the best solution in terms of tax and of the costs of employee motivation, because it is not taxed up to 400 / euro / year / employee and, for a contribution of up to 15% of gross income, the period of activity can greatly supplement the income upon retirement.

In turn, Melania Mirea, Executive Director of BCR Pensii, presented the voluntary pension as an employee motivation, still innovative for Romania. The voluntary pension is a financial benefit, which meets the basic needs of the employee – personal safety needs without putting pressure on the employer. Moreover, the private pension tax relief, make it a cost optimization tool regarding the employees. The calculations of BCR Pensii show that by paying voluntary contributions in the employees retirement accounts, the company can save over 3 million lei annually compared to a situation, that they would give the same amounts as bonuses or as salary increases. The company that made this economy has over 6000 employees, provides the employees with a voluntary pension contribution of 160 lei monthly, and the calculation is made for a period of 1 year. 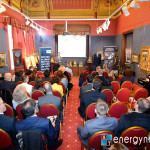 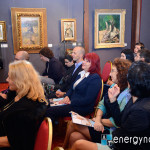 “Several large companies in the energy industry have already chosen to include the voluntary pension in extra salary packeages,” said Melania Mirea, talking about nearly 5,000 employees in the sectors of oil and gas, electricity, heat and nuclear fuel. “Initially, people tend to prefer the salary increase, ie an obvious immediate benefit. After the first months of contributions to the pension fund, when they begin to see the sums accumulated in their accounts and the yields gained, people understand the advantage of receiving simultaneously an extra income but also savings and secure investment for the future,” said Melania MIrea.

In his presentation, Marius Popescu, Executive Director Brains Energy Consulting, presented some statistics about the points of interest that attract youngsters in the gas industry globally. Prospects for career development represent the main magnet, along with the quality of the working environment and the chance to have significant contributions in important projects. The refusal of a job from an employee, in his early career, is most often linked to the remuneration package. With age, this factor loses its importance, in favor of the opportunities for career advancement. Most employees in the oil and gas industry change their work for a better position in a company from the same industry and tend to retire all from a company in the industry.

Cosmin Alexandru, Consultant and Partner in the Transformation Wanted talked about the distinction between accountability and responsibility, insisting that an excessive emphasis placed on responsibility within the organization tends to drastically reduce the level of individual responsibility.

Alex Dragan, Founder of Sarto Made to Measure, presented the key elements of business clothing in some recommendations for gentlemen costume choice.