Acasă » Renewables » solar » PATRES: Romania must increase the target for renewables, as recommended by the European Commission

PATRES: Romania must increase the target for renewables, as recommended by the European Commission 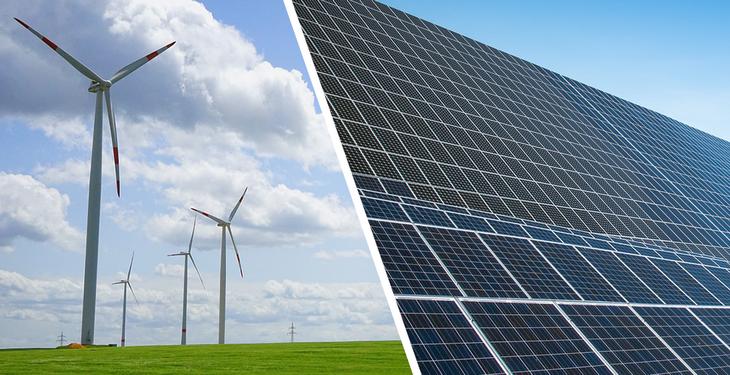 Romania can and should increase the target for renewables to at least 34% by 2030, given the abundance of renewable resources, demands the Employers’ Organization of Renewable Energy Producers – PATRES, in a press release.

The European Commission asks the Romanian authorities to act so that renewable energy becomes a priority for Romania, as it is for all European Union countries – Viorel Lefter, President of PATRES

Following the evaluation of the National Energy Climate Plan 2021-2030 (NECP), in the revised form submitted by MEEMA, the European Commission recommends Romania to accelerate the energy transition and to act in addition to its commitments. The renewable target, set at 30.7% in 2030, is considered by the European Commission as “weak” (as a level of ambition), given that Romania’s potential is 34%.

Among other measures submitted as recommendations, the European Commission “invites” Romania to act to stimulate the production of energy from renewable sources.

In this context, PATRES calls on the authorities to implement the recommendations of the European Commission, requesting a firm and fair commitment from them for the green future of energy in Romania.

“Given the potential of our country, the recommendations of the European Commission should not take us by surprise. We claim that Romania should target a share of at least 35%, given the abundance of renewable resources in our country”, said Viorel Lefter, President of PATRES. “Unfortunately, we have been witnessing a deadlock for many years, as energy from renewable sources is treated as a burden, not as an opportunity. We must all change our perception and understand until it is too late, but especially to act accordingly, that renewable energy is a viable, cheap, non-polluting, sustainable solution for the future ”.

PATRES considers that Romania has the potential to make the energy transition from polluting to renewable energy sources. There are many challenges and a firm commitment is needed from the Romanian authorities to make the right decisions for the future of energy in Romania.

The Employers’ Organization of Renewable Energy Producers in Romania has 109 members – renewable energy producers with a total installed capacity of approximately 1,800 MW, which represent 2.7 billion euros investment in the Romanian energy sector.

previousCogeneration, in or near buildings, is uniquely placed to enable an ambitious Renovation Wave
nextCostel Alexe (CJ Iași): Beyond smart city, we must also deal with disadvantaged communities