The comparison of active power suppliers competitive market shares in July 2020 vs. July 2019 shows important changes. The months used for comparing these are very relevant, writes Theodor Livinschi, founder and managing partner at consultancy company partnerg-i as June 30 is the second most common power supply contract expiring date in the market after December 31, so the middle of the year there offers the second largest natural potential of power volumes migration from some suppliers’ portfolios to others.

The most spectacular evolutions are given by Getica 95 Com and by MET Romania Energy. The volumes of both companies evolved with more than 60% in the reference period, but in different directions. If Getica 95 Com, one of local power suppliers attracted to its portfolio new monthly volumes totaling more than 144 GWh (+65.21%), the Swiss power supplier, MET Romania Energy decreased its monthly supplied volume with 62.81% (-177 GWh). 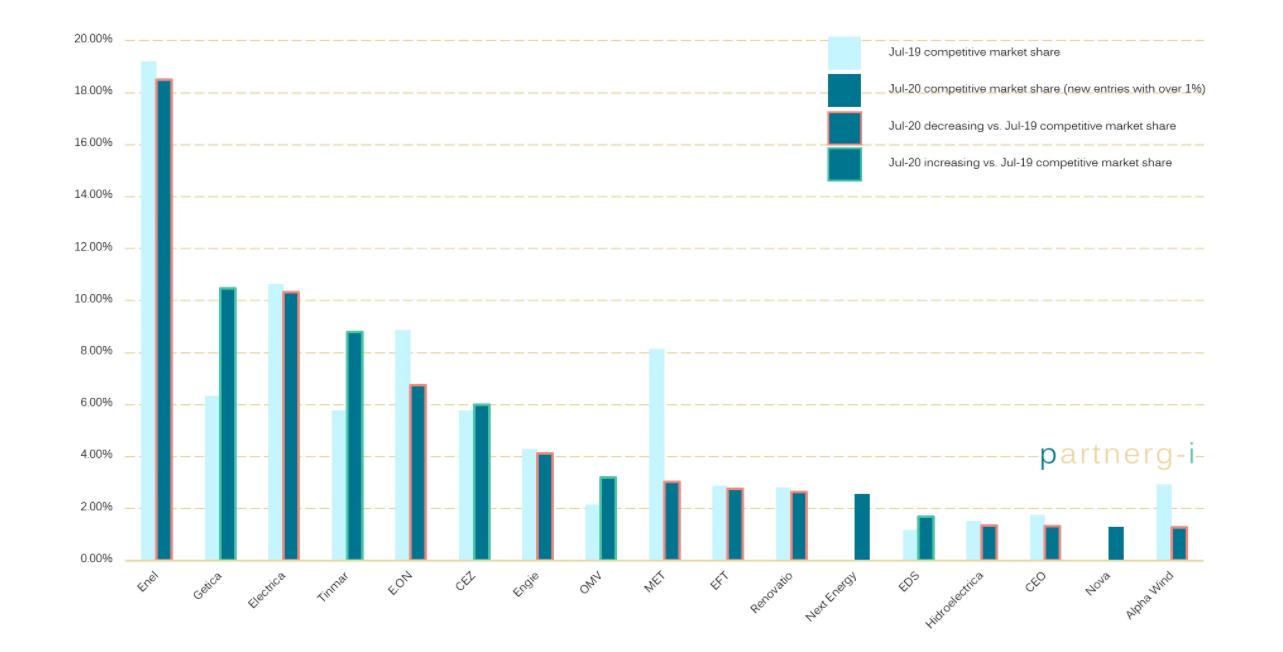 In this context of spectacular evolutions, the power suppliers ranking has changed, considering also the new entries in July 2020 reporting with a market share of more than 1%: Next Energy Partners and Nova Power & Gas. Enel, with its two companies Enel Energie and Enel Energie Muntenia, is keeping the leading positions, while Alpha Wind is closing the ranking of the active power suppliers with more than 1% competitive market share, falling 8 positions.

The most constant companies are Electrica Furnizare, CEZ Vânzare, Enel Energie together with Enel Energie Muntenia, EFT Furnizare and Engie Romania, as their competitive market shares have evolved in increase or decrease with less than 5%.