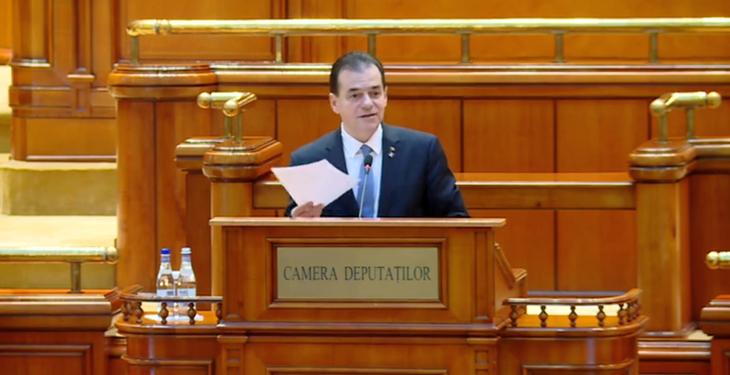 The dismissal of the Orban government could bring about a new set of changes in the state apparatus and state-owned companies, but Romania must continue its energy policies, in order to benefit from the projects in force and the new strategies, including the National Energy Plan (PNIESC), say market leaders interviewed by energynomics.ro.

“The problem is an older one and it happens in general, in state-owned companies, when they depend on one government or another,” told Energynomics Cristina Prună, USR MP and member of the Commission of Industries of the Chamber of Deputies.

It is clear that the polictics has affected the way in which the state-owned companies functioned, says Pruna.

“My vision and USR’s is that as long as the political field is involved in these companies and they will remain predominantly state-owned, we will have these kinds of problems,” Pruna said.

She gave the example of CE Oltenia, where there is no investment plan. “We don’t know what the perspectives are. One manager was changed to another, all politically, obviously, but that does not change the fate of the company, nor the people who work there. This is the result of a politically appointed management,” Pruna said.

And Romania’s external financing projects could be delayed.

“There will be problems at this level. I asked yesterday the Industries Commission to have a wider debate in the Romanian Parliament with the relevant Commissions and with representatives of the ministries, I think we need to organize this debate and continue, because the European Commission will not wait for the political problems of Romania. This must continue, we should have broader consultations and reach a realistic plan,” Pruna said.

Will there be rapid changes in the state apparatus and companies, however?

“I do not think it will be a major effect, the government remains to do the administration. Changes in companies are likely to freeze… As far as the projects are concerned, they should continue, because they are beneficial to the energy sector and there is even for a dismissed government the obligation to push projects forward. I do not see large issues that require a commitment that goes beyond the powers of an interim government. What was to be changed (in state-owned companies and ministries) changed within the first two months. There are already extremely slow procedures, even if in some places rapid changes would have been required to restore the correctness of governance and to put the right people in the right places. I cannot help but judge critically what happened at Transelectrica, where there are not the right people for Transelectrica’s problems. And the examples are many more, from companies where some changes have been made, but perhaps not the most indicated and justified,” told energynomics.ro, Gabriel Dumitrașcu, the former head of RADET and of State Privatizations (OPSPI).

“From the technical point of view, I do not think there will be changes. I do not believe in the return of the legislation that caused us the infringement procedures, at least in the energy field,” also told energynomics.ro, the State Secretary within the Ministry of Economy and Energy (MEEMA), Niculae Havrileț.

He argues that the dismissal of the government will not disrupt the state-owned companies, given the existence of the law on corporate governance.

“This is precisely why the law on corporate governance is good, because the state-owned companies enjoy the soundness of the administrative act they do, defended by the provisions of this law. They cannot be changed, replaced, faster than the term for which they were appointed,” says Havrileț.

How will the dismissal of the government be seen in the light of the continuity of the funding programs?

“From my point of view, the legislation goes forward – the legislation by which we removed the infringement procedures, through which we liberalized the energy and gas market, the energy efficiency measures, the operational programs that we are now putting in place to access the European money for period 2021-2027 – will go ahead,” Havrileț said.

The Orban government was dismissed on Wednesday, 3 months and 1 day after the investiture, after the PSD censorship motion passed with 261 votes in favor and 139 against. 233 votes were required to pass the motion. Just a day before, the government adopted no less than 25 Emergency Ordinances and 31 Decisions.

previousThe motion of censure against the Orban Government won! The government has been dismissed!
nextLukoil injects over 23 million euro into the Romanian wind business