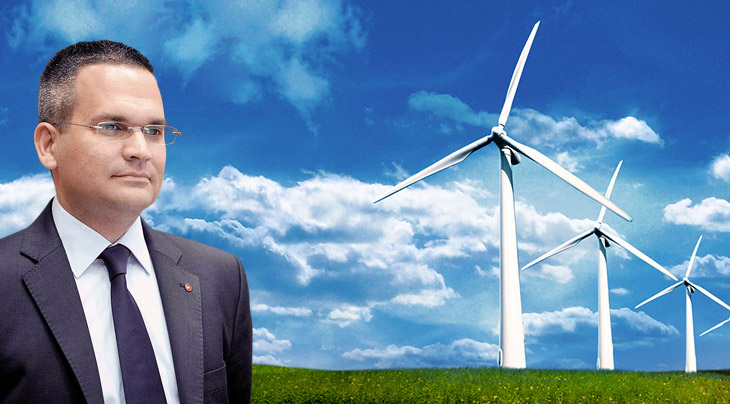 Financing investment projects in renewable energy stagneates as the guarantees required by the banks increased substantially, told energynomics.ro Omer Tetik, general manager of Banca Transilvania (BT), after the signing ceremony of a loan of 40 million USD obtained from IFC.

Thus, if in 2012 some projects still got a maximum percentage of financing, with only 10% guarantees and 90% investment financing, in the banking system in general, from 2013 until today, after a drastic reduction of green certificates, bank claims rose.

“Financing investments in renewable decreased considerably in the last year, many projects stagnating as sector is frozen. Guarantees required by banks have increased, they can reach even 50% of the projects, but not in all cases, and we cannot trace an exact figure for all projects. But the guarantees required by banks have increased significantly in recent period, following the reduction of support schemes,” said Omer Tetik.

World Bank’s investment arm International Finance Corp (IFC) has invested 40 million dollars in Banca Transilvania via a subordinated loan that will support the development of credit and consolidate the capital base of the bank.”This is the third investment in the region of the IFC Capitalization Fund and ninth project with BT,” says Ana -Maria Mihăescu , IFC Regional Director and Country Chairman for Romania .In 2013, IFC has invested 160 million USD in Romania.Tetik explained that this loan of 40 million USD will strengthen the capital base and allow the bank to develop lending by about 250 million while also will help it not to raise further capital for the eventual acquisition of a local bank.

BT negotiates acquisition of a bank in Romania

While targeting organic growth, BT aims purchase a bank in Romania and analyzes other acquisition opportunities, such as of another portfolio, says Omer Tetik.

He noted that the bank examines investment opportunities, but the goal is organic growth and will not buy another bank just to increase the number of customers, currently at about 1.8 million.

BT, the third largest bank in Romania by assets, focuses on SMEs and aims to increase by more than 10% the lending and 15% of the portfolio of operations this year.

previousTransgaz asked ANRE for cutting out gas imports, during May
nextPetrom’s business dwindle in T1; the group loses the seat of Romania’s leading company