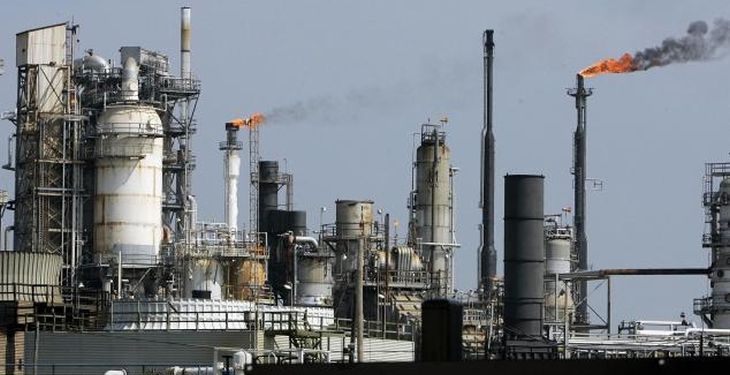 In Romania were consumed last year over 11.2 million tons of crude oil, with about 4% higher than in 2014, when at nationwide level there were used about 10.8 million tons. Broken down by provenance, just over 4 million tons were extracted from domestic deposits and 7.5 million tons (about 67%) came from imports, shows The National Prognosis Commission (CNP).

“In the period 2010-2015, the production decreased by an average annual rate of 1.2%, while imports had fluctuated, rising towards the end of the period, this is likely due to the increased demand for fuels derived from crude oil, amid the sharp drop in the price of the oil barrel. This evolution is supported by an increase of 5.8%, compared to the same period of the previous year, of the turnover volume in the retail trade of automotive fuel”, shows CNP.

Clearly, the sharp decline in oil prices recorded in the second half of 2014 resulted in steep contraction in the profits of the oil companies and investment projects. Worldwide, oil companies not only reduce staff and reduce the value of investments that are held pending, but some of them have even started the sale of assets. Romania is far from safe from being kept at bay from these trends, shows the report of the oil industry conducted by CNP.

“OMV Petrom’s investment program for 2015, estimated at around 1 billion euros, of which almost 85% devoted to exploration and exploitation projects, has been reduced from the previous year by about 30%. As a result, this reduction will have a negative impact on the future production of hydrocarbons. Company representatives also expected that a medium low potential of the oil price environment over a long period is expected to decrease the annual investment in exploration and production by 25-35% and the production of hydrocarbons to 4.0 % between 2015 – 2017 compared to 2014”, says the report.

However, the market demand of petroleum products increased during the first ten months of 2015 compared to the same period the previous year. Thus, the branch for “manufacture of coke and refined petroleum products obtained from processing the crude oil” increased production by 3.5%, but the turnover recorded the lowest level (-24.4%) after 2009, write analysts from CNP.

At the same time, the amount of crude oil being processed has increased by about 1% for ten months in 2015. “Gasoline is the most important and most used liquid fuel obtained by different methods of oil refining. The wide spectrum of uses led to the development of production, so that in the first ten months of 2015 compared to the same period last year, it recorded a 1.8% increase in production”, indicates the report of CNP. The production of diesel marked an increase of 3.2% during January-October 2015 compared to the same period in 2014.

The fuel oil production increased by 5.6% and the bitumen rose by 30.3%, the refinery gas volume increased by 4% and the liquefied gas by only 0.4%.

Labour productivity in the branch “manufacture of coke and refined petroleum products obtained from processing the crude oil” advanced in the first ten months of 2015 by 9%, while employment in this sector decreased by 2.6%, stress out the representatives of CNP.

According to the National Statistics Institute (INS), in the first eight months of last year exports and imports of petroleum products decreased in value by 17.9% and 2.9% compared to the same period last year. However, during the same period, crude oil imports decreased by 31% compared to the same period in 2014. For the first eight months of this year, the balance of trade for oil products recorded a surplus of 659.2 million euros (-30%), mentions the report issued by CNP.