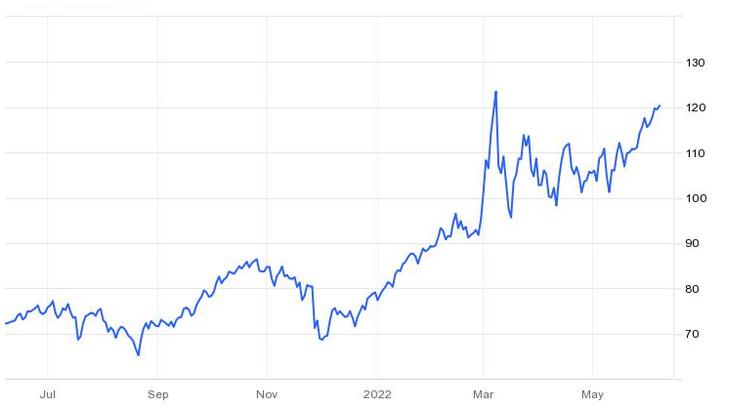 Oil prices rose on Monday, with the price of a barrel of Brent crude oil exceeding $120 after Saudi Arabia raised prices for its crude oil sold in July, indicating a narrow supply, Reuters reports.

Saudi Arabia’s surprise decision comes after last week OPEC+ group (composed of the Organization of the Petroleum Exporting Countries and other major producers) decided to increase production by 50% more in July and August than previously estimated, up to 648,000 barrels per day each month.

Saudi Arabia has raised the price of Arab Light crude oil in Asia by $6.50 compared to the average level of reference quotations in Oman and Dubai, the state-owned company Aramco announced on Sunday. This is the highest level since May, when the market was hit by fears of disrupting oil supplies from Russia.

Also, sources who wished to remain anonymous told Reuters that the Italian company Eni and the Spanish company Repsol could start transporting oil from Venezuela to Europe next month, to compensate for the decline in deliveries from Russia.