Nuclearelectrica chose Doicești for the first SMR in Romania 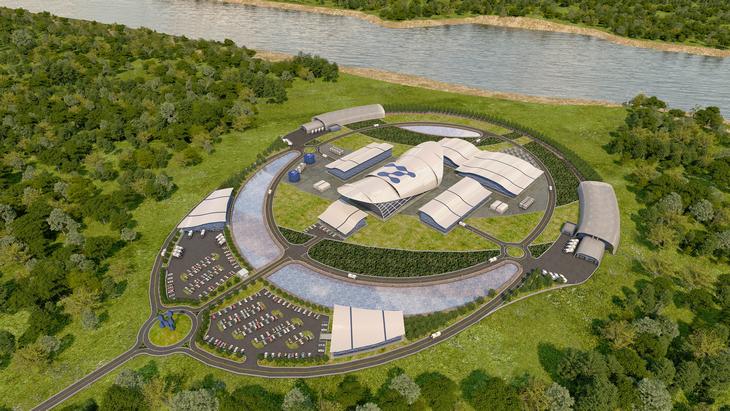 The site of the former Doiceşti thermal power plant is the best location for the first US-designed small modular reactor (SMR) in Romania, the Minister of Energy, Virgil Popescu, announced. The site was identified following an in-depth and thorough examination process conducted within a $1.2 million USTDA grant awarded to Nuclearelectrica in early 2021, to identify and assess several sites across Romania for SMR deployment.

From coal to nuclear and photovoltaics

The former Doicești power plant “achieved all the qualifications in terms of safety, appropriate for NuScale’s design and the most advanced criteria and safety principles”, said Cosmin Ghiță, CEO Nuclearelectrica. “The deployment of NuScale’s small-scale modular reactor at the Doicești site will have proven energy security and environmental benefits through the generation of safe, stable, affordable and clean emission-free energy. In addition, the project will bring direct socio-economic benefits to the community it serves and generate continued prosperity for the industry and regional economy. I thank our American partners for supporting and sustaining Romania’s nuclear programs, a bilateral strategic partnership that began in the 1980s,” said Minister Popescu.

“We are looking at the same site to also deploy some extra solar capacity, in conjunction with this”, Cosmin Ghiță also announced, mentioning the modularity and the way the NuScale reactor can be shut on and off easily, which allows for increased flexibility in operation than traditional reactors. “We see this as an opportunity to enable more deployment of renewables at the same site. All in all, we are looking at a total of around 600 MW of installed capacities in between the two, but we need to confirm this through more studies”, he explained.

Romania, together with US partner NuScale, plan to complete the construction of the first commercial SMR in 2027-2028, close to the date when Unit 1 of the Cernavodă Nuclear Power Plant with an installed capacity of 700 MWh will be shut down for rehabilitation works.

previousBMW cuts its dependence on natural gas and warns that a ban on Russian gas imports will block the industry
nextSimtel opens regional centres in Cluj-Napoca, Timișoara and Bacau