Nuclearelectrica and the agony of its captivity on the administered market 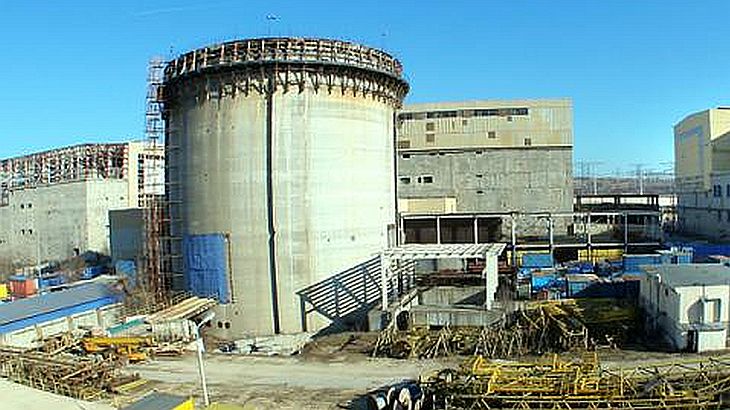 There is an advantage in reducing the regulated quantities delivered to the market by National Company Nuclearelectrica (SNN), as this way a large quantity of the CNE Cernavoda unit production is made available to be sold in the free market, told energynomics.ro Daniela Lulache, general manager of  Nuclearelectrica.

Lulache says that the sales strategy will be adapted ”in the trial to absorb both the effect of a lowered consumption and the prices decrease in the competition market.”

After the National Authority for Energy Regulation (ANRE) that households will be supplied this year on the regulated market only by energy produced by Hidroelectrica and Nuclearelectrica, now we witness a lot of elements that would leave their mark considerably on the performance that the two state-owned companies will register at the end of 2014. Let’s see how things are at Nuclearelectrica.

In the competition market, things do not look bad at all for the state company. In a report issued for the Bucharest Stock Exchange, on January7 2014, Lulache (photo) stated that ”up to now Nuclearelectrica closed a number of 38 contracts for electricity in the competition market, which imply the supply of a quantity of 2,915,644 MWh in 2014, at an average pondered price of 173,68 lei/MWh (price includes the transport tariff TG of 10.02 lei/MWh).”

On January 23, 2013, Nuclearelectrica announced it sold on the OPCOM power exchange about 213,800 MWh for 36,62 million lei (more than 8 million euro), at a price 1.3% higher than the demanded one. The starting price for each bid was 169 lei/MWh and the selling prices varied in between 169.5 lei/MWh and 173.5 lei/MWh. In Novemeber 2013 it was all too clear that reducing the quantity of energy sold by Nuclearelectrica in the fixed market will bring up benefits for the firm.

Which was the reason behind its financial performance? It is a simple algorithm: more energy produced and sold than in 2012, less energy sold in the fixed market and a price increase of 15% as compared to 2012.

Daniela Lulache told energynomics.ro that Nuclearelectrica was duly informed about the decrease of the quantity of energy to be sold in the fixed market from 50% of output in 2013 to under 40%, and the business plan was made accordingly.

When this interview was made, the nuclear power plant had already contracted in the competition market about 44% of the available quantity for this segment. Reducing the fixed price activity comes as a good news for the company, though there are a few challenges that can reduce its positive impact.

„For SNN there is an advantage in reducing the regulated quantities delivered to the market by National Company Nuclearelectrica (SNN), as this way a large quantity of the CNE Cernavoda unit production is made available to be sold in the free market. Though the positive impact of reducing the quantity sold in the fixed price market is considerably decreased by a reduction in consumption and a price decrease in competition market and of the fixed price set by ANRE”, said Lulache.

The sales strategy will be adapted ” in the trial to absorb both the effect of a lowered consumption and the prices decrease in the competition market, for the security of the incomes and predictability”, also said Lulache.

All of the impediments above add to a new tax imposed recently by the government for special construction of 1.5% of the asset value, and also to the fixed price that ANRE set for 2014 for the energy supplied to the population, which does not include al of the production costs of the company.

As such, Nuclearelectrica filed a suit against ANRE as it obliges the producer to sell energy to population under the market price. According to a release, the action was filed on January 23 at the Bucharest Court of Appeal.

In this action, Nuclearelectrica demands the partial annulment of the ANRE decision regarding the quantity of energy sold via fixed price contracts (only to population) and of the delivery price. In a release it asks ANRE to admit in the price setting ”all of the elements demanded and justified by Nuclearelectrica and which have not been considered by the ANRE”.

Asked about the price levels in the two segments, Lulache said: ”The price that SNN sells energy to the regulated market is of 145,88 lei/MWh (without transport). In the free market (of the bilateral contracts, PCCB) the average price for 2014 is of 179,81 lei/MWh, according to data centralized and published by OPCOM”.

When there are just two producers supplying energy to the fixed segment of the population, there is a demand regarding the security of the supply, since in 2013 the Nuclearelectrica reactors stopped according to plan and also unplanned.

“For the planned stop, the ANRE provided that SNN will supply a reduced quantity (by about 50%) in the fixed market, while the other producers supply a larger than mentioned quantity. In the case of the unplanned stops, SNN has the obligation to ensure the acquisition from the market of the deficit energy, while Transelectrica has the task of ensuring the reserve needed by services contracts clinched with the suppliers of energy”, Lulache concluded.

previousPanfora and Prospecțiuni search conventional hydrocarbons in Curtici, offer compensation
nextNew Chairman of the Board for Oil Terminal