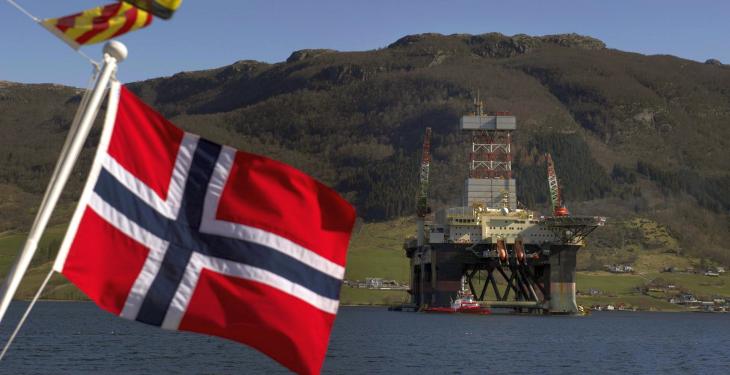 Norway’s sovereign wealth fund has trimmed the proportion of its $1 trillion (720.79 billion pounds) fortune that is invested in companies that emit the most greenhouse gas, a Reuters survey has shown. Environmental campaigners hope the move by the world’s biggest state-owned investment fund signals the start of a trend for investors shifting their money away from activities blamed for climate change.

The review of the top 150 corporate greenhouse gas emitters showed that the proportion of their emissions that can be ascribed to Norway, based on the percentage of market cap it owns in the firms, fell to 0.74 percent in 2016 from 0.78 percent in 2014, according to Reuters.

That corresponds to an 11 percent reduction in the fund’s share of the group’s emissions, under the broadest definition that includes consumers’ use of products such as oil and gas, steel or cars, to the equivalent of 249 million tonnes of carbon dioxide from 280 million.

The decline outpaced a 6 percent fall in emissions by those companies over the period, and was primarily driven by the Norwegian parliament in 2015 banning the fund – which is itself built from oil and gas revenues – from investing in firms that get more than 30 percent of their business from coal.

The Institutional Investors Group on Climate Change (IIGC), which represents investors with more than 21 trillion euros ($26 trillion) in assets under management, welcomed the shift.

“The fund … reducing its stake in major emitters is a strong signal that investors are increasingly focussed on aligning their portfolios with the rapidly progressing energy transition,” Stephanie Pfeifer, IIGC chief executive, told Reuters.

At a climate summit in Paris last month major investors agreed to pressure companies to do more to curb their emissions.

Despite the decline in its percentage holdings, the value of the fund’s investments in the top 150 emitters rose to 484 billion Norwegian crowns ($61 billion) in 2016 against 448 billion in 2014, a fraction of the $1 trillion fund’s stakes in almost 9,000 companies.

Last year, the fund proposed dropping oil and gas companies from its benchmark index, which would bring huge changes if approved by parliament as part of a shift from fossil fuels under the 2015 Paris climate accord.

The fund’s board is also considering excluding particularly inefficient emitters in sectors such as oil and gas, cement and steel.

The emissions data used in the survey was drawn from a report in November by Thomson Reuters with Constellation Research & Technology, emissions tracking group CDP and BSD Consulting that showed few of the top emitters had strong climate goals.

Reuters compared the emissions against the fund’s own publicly accessible database of equity holdings.

Tim Nixon, director of sustainability at Thomson Reuters, said the data indicated a good start “but to be effective you really need to pick out the laggards from the leaders.”

The Norwegian fund wants companies to provide as much data as possible, something that would help investors make climate change goals part of their investment decisions.

“For us as an investor to be able to assess the companies we need numbers, including carbon emission numbers,” spokeswoman Marthe Skaar said.

Some companies are starting to track emissions from the use of their products. Unilever, for instance, says it helps consumers save energy and emissions with washing powder that works at lower water temperatures.

Data on consumption shows trends in environmental performance but means overlapping accounts. Jet fuel, for instance, can be listed under the airline that uses it, the oil company that produced it or even the firm that made the engines.