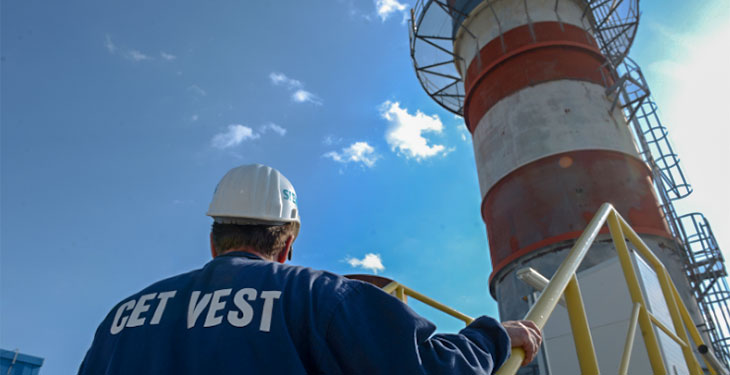 Societatea Electrocentrale Bucureşti – ELCEN was valued at over one billion lei, said on Wednesday the mayor general of the Capital, Nicusor Dan, who specified that, in order for its acquisition by the municipality, either the permission of the Government or the Parliament, or an agreement with a financial institution are needed, writes e-nergia.ro.

“They made an assessment, which is at the level of 2021, and the cost is a little over one billion lei. (…) Of course the decision does not belong to me. It belongs to the General Council, like any budget issue. So, for the acquisition to take place, CGMB must agree, I am very optimistic in this direction, and we must find a financial mechanism so that this money, which we do not have now, can be taken to future. And such a financial mechanism can be provided to us either by the Government and the Parliament, which will allow us to borrow more than what the budget ceiling law currently says, or by an agreement with a financial institution that to allow us to reschedule and bear against our future creditors, who are the current creditors of ELCEN, this rescheduling,” said the City Hall mayor, during a press conference held at the PMB headquarters.

Nicusor Dan specified that he is a “big supporter” of the takeover of ELCEN by the municipality, because in this way it would become possible to obtain better prices for the purchase of gas.

“I am a big supporter of Termoenergetica’s takeover of ELCEN, because it solves two or three problems. One – the problem of the eternal dispute between these two institutions: who is right when a problem arises in the supply of heat or hot water in Bucharest. Two – ensures a convergence of the objectives that these companies have. At the moment, for example, ELECN, although it is very close to the main gas network, it takes gas from Distrigaz at a consumer price. For us, as Termoenergetica, it is a direct interest to go and buy gas from the main network and to reduce something by the order of 10-15% of the price. But it has not been an interest of ELCEN to do this until now,” the mayor general explained.

previousNew members of Transgaz’s Board of Directors
nextPNRR: Gov’t to issue the coal phase-out law in a maximum of one year