Acasă » Electricity » New methodology for calculating energy performance for nZEB buildings will be a shock, we need to get ready

New methodology for calculating energy performance for nZEB buildings will be a shock, we need to get ready 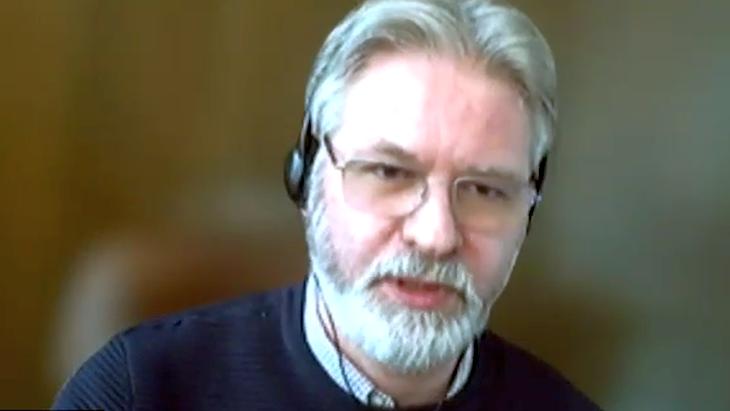 European legislation on low-impact buildings has already been transposed in Romania. However, a considerable gap remains between the ambitious objectives provided by the legal and strategic framework and the reality in the field, on the site, and even earlier, in the design activity. The new methodology for calculating the energy performance of buildings (Mc 001/2016) could be adopted in a maximum of 2 months, Horia Petran, president of the pRO nZEB cluster, told at EnergynomicsTalks.

“We are used to seeing laws as something to be afraid of,” he said, when in fact they are tools for implementing policies. “In Romania, we have a long-term renovation strategy, already approved in 2020 and for which we need to develop implementation mechanisms and financing tools for in-depth renovation,” continued Horia Petran. With respect to the legal framework, there is the law 372/2005, amended several times, which transposes the provisions of the European Directive on the energy performance of buildings. Secondary legislation is “a bit cumbersome, with repeated changes.” According to the president of pRO nZEB, Mc 001 – the methodology that establishes the framework for calculating energy performance – stands out. It has been under review for more than four years, and “the fact that it has not yet been approved contributes to this gap in the implementation of the terms and deadlines in the legal framework”.

“We have a well-established legal framework in the field of the energy performance of buildings, but it is not very well connected with other laws, including the law of quality in construction and the law of authorization of construction works”, which allows “blockages in the construction process, lack of clarity in respect to the responsibilities for various specialists involved and in the framework of compliance for ensuring energy performance”, explained Horia Petran.

He referred to three levels of an nZEB building definition. According to the law, nZEB is a building with very high energy performance and for which the very low, near-zero energy needs are largely covered by energy from renewable sources. The second level is the one set by the performance indicators that define the nZEB standard. “Here we have a maximum primary energy consumption, a maximum level of CO2 emissions and a minimum share of 30% of renewable energy in the total energy consumed. We know, that is, where we need to go, but we also need the third level of definition, which is related to the methodological framework for calculating energy performance, to tell us how we can achieve those indicators. For example, we need to have very good thermal insulation with as few thermal bridges as possible, a continuous layer of thermal insulation, high-performance windows and doors, an airtight building, a ventilation system that ensures indoor quality with maximum energy efficiency, including through the heat recovery component, we have the CO2 emissions part and, of course, building compliance, starting from its geometric configuration, to the economic feasibility and contribution from renewable sources. For all these criteria it is useful to provide partial performance indicators and verification mechanisms in practice.”

When we have the new calculation methodology we will know in practice, from design to execution, how we can make a building we build reach nZEB performance levels. In addition, the new Mc 001 Methodology will also include the updated form of energy performance certificates for buildings, with 8 energy classes (from A + to G) for each of the essential systems (heating, hot water, cooling, mechanical ventilation, lighting).

“It will be a shock because the revised regulation is a more complex methodology than before and that is why we need some form of preparation of those who apply the methodology, first of all energy auditors, construction designers, architects, specialized designers. We need better training and specialization. We will also have to prepare the public authorities who have to issue the building permits”, insisted Horia Petran.

Horia Petran is a scientific researcher at the National Institute for Research and Development in Construction, Urbanism and Sustainable Territorial Development “URBAN-INCERC”, one of the founding members of the Pro nZEB cluster, established in early 2016 to promote the concept of building with energy consumption almost equal to zero (nZEB) in Romania. “The cluster aims to reduce greenhouse gases generated by the use of buildings, as well as the development of market-oriented research in the field of energy-efficient buildings,” said Horia Petran. The cluster aims to develop a sustainable built environment using the triple helix innovation model, which brings together the business environment, research and development organizations and specialized training, as well as local and central public authorities, to achieve a coherent legislative framework.

Horia Petran talked about the Smafin program, but also other actions of the organization, such as nZEB Road Show and nZEB Ready, projects funded by the European Horizon 2020 program, aiming among others to stimulate the demand for skills for sustainable energy in construction. “We are organizing a national marketing-communication campaign, some caravans, through which we want to demonstrate the technologies and advantages of nZEB, including in Romania, alongside four other European countries. We organized nZEB Week in July last year and we are already planning the next series of events for this year.” He also referred to nZEB Ready, a project launched in September 2021 that aims to implement an “nZEB ready” labeling procedure. “We want to provide answers to three key questions,” he explained. “Why nZEB?” “Who can provide nZEB services?” and “How to reach the nZEB level?”.

previousGov’t grants new subsidies to district heating system, including city halls with surplus budgets
nextWarning from the energy suppliers: We can no longer do social protection instead of the state