Mirel Jarnea: Invest in renewable energy today to be ready for tomorrow 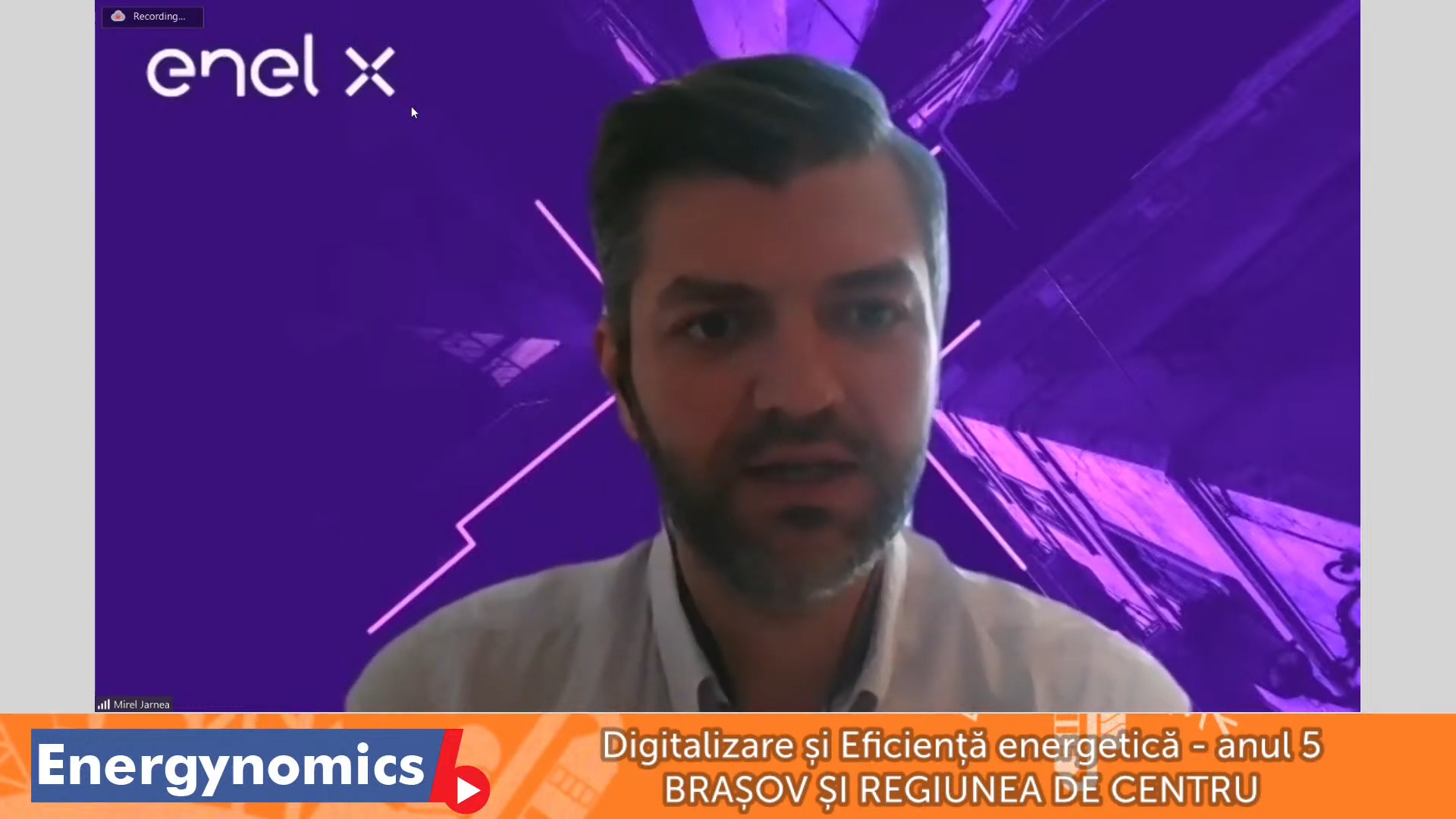 Enel X Romania developes numerous solar projects, for customers from various industries, said Mirel Jarnea, Head of B2B, Enel X Romania, during the conference “Digitalization and Energy Efficiency – Brasov”, organized by Energynomics. A first example – Mega Image, which has benefited from two special projects: a system consisting of more than 1.000 photovoltaic panels placed on a metallic roof structure, specially designed for the parking of the Mega Image storage depot in Popesti Leordeni, and another in Sibiu, installed on the roof of the store. “Following the implementation of the projects, e can talk about reducing electricity costs by more than 65.000 euros annually. Greenhouse gas emissions will be reduced by 314 tons per year (t/year), based on a total installed capacity of 500 kWp,” explained Mirel Jarnea.

Another important project, developed for the Penny group, consisted of implementing two PV solutions, on the rooftops of the logistic stores in Turda and Stefanesti, with a total capacity of 1.250 kW. “The benefits are over 150.000 euros saved annually, and gas emissions reduced by 771 t/year. Consumption is reduced by 20%”. As a novelty, double glass panels, with a higher class, A, of fire protection, were used, added the representative of Enel X Romania.

Among other projects of Enel X România, there are Fox, the LTA World oil factory, the Altex group (two projects), the Gema Superb (the initial 250 kW project is to be extended 100 kW), Gemi Mall and Masofma. Plus, Enel X Romania supports the companies that have signed up to the ElectricUP program, as an ANRE approved installer. With the One-Stop Shop concept, the company provides photovoltaic systems with installed power between 27kWp-100kWp and charging stations for electric cars of 22kW or more. Together with a dedicated team, Enel X Romania offers specialized consultancy during the development and exploitation of such a project, as well as after-sales services.

“Almost 80% of installed capacity will come from renewable sources by 2050. It is a huge share, which the whole market wants to be achieved. The increase in global energy demand by 2040 will be 60%, stemming from changing business environment and technological developments. We spoke earlier about e-charging stations and e-cars, but we can also talk about consumers like Bitcoin, who consume, in some mining centres, as much as a whole city. We are also pleased that more than 1.250 companies have adopted clear decarbonization policies, and we hope that the number will increase next year,” added Mirel Jarnea, Head of B2B, Enel X Romania.

Enel X Romania supports the business environment in the energy transition, assists customers in the decarbonization process, through more efficient use of energy, through electrification and digitalization. “Regarding the solutions we implement, I would like to mention two of them, which we can implement in Romania. One is monitoring solutions, with the help of which we can make a clear diagnosis of the current situation and understand the needs of customers in terms of energy efficiency. Then we talk about distributed energy, cogeneration and photovoltaic panels. We focus on solar panels, with depreciation in 5-7 years, against an investment life of 20-25 years. Of course, the amortization of costs depends on the context of the energy market in recent years. The price of energy on the day-ahead market (DAM) in the first quarter of this year was at its highest level in five years. Our recommendation is to adapt to the rigors of the market and its requirements; we want our beneficiaries to invest in renewable energy today, to be ready for tomorrow. To turn the classic utility service into a successful business; an example is injecting the energy produced into the grid for an extra income for companies”, he added.

previousCamelia Rață: The Tomorrow project prepares Brasov for sustainable and green development
nextCristian Athanasovici: We have cogeneration solutions that address the urban and industrial sectors